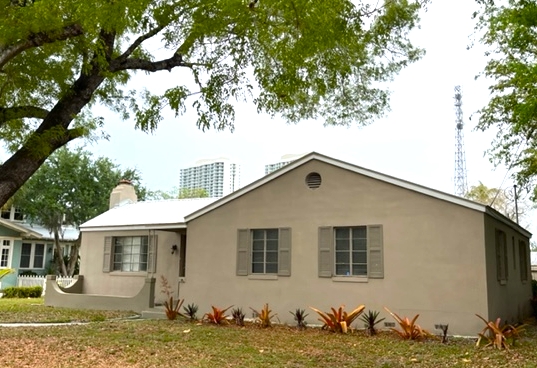 For thirty-seven years, this ranch on Billy’s Creek was the home of Louis H. Furen, Jr. who had lived in Dean Park for most of his life.  Mr. Furen’s ties to Dean Park date from 1941, when his father, Louis H. Furen, Sr., constructed the family home at 2727 Michigan Avenue.  He became an invaluable member of the Dean Park community when it formed the Dean Park Historic District in 1997, and he was a beloved resident until his death in 2016.

For many years, this parcel stood vacant and was owned by Lena Foxworthy, who purchased it in 1924 from Dean Development Company for $1,800.  In 1945, Mrs. Foxworthy sold the parcel to Carl Nelson Haaheim and Sarah Haaheim, who constructed this ranch home and lived there until they sold the property in 1950.  There were two other intervening owners before Mr. Furen purchased the home in 1981.