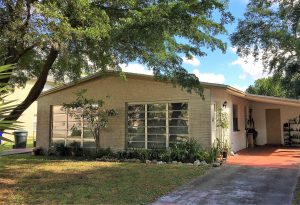 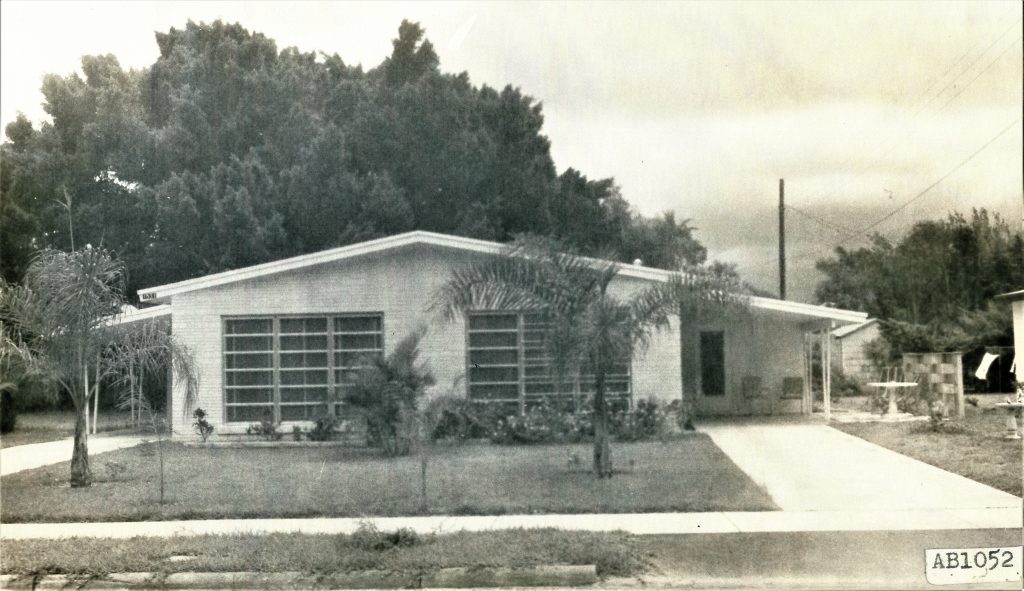 The ranch-style duplex constructed on this parcel is virtually identical to its “twin” constructed at 2616 Michigan Avenue.  Its large louvered windows, very much in style in the 1950’s, dominate the front façade.  Like its “twin” around the corner on Michigan Avenue, this home was constructed by Gulf Coast Securities, Inc., and its first occupants were Roy and Eva Greene, who came here from Kentucky.

When John Dean recorded his Dean’s Subdivision map on May 1, 1920, this lot was part of a larger 210-by-210-foot parcel shown on the map as “Tippins,” signifying that it had already been conveyed to Fannie Yeats Tippins in 1914.  The 1922 Sanborn Insurance Company map only showed a small outbuilding to be located on the Tippins parcel, and the 1930 Sanborn map shows the Tippins parcel to be entirely vacant.  By the 1950’s, the “Tippins” parcel had become four separate lots:  1531-33 Evans Avenue, 1541-43 Evans Avenue, 2615 Michigan Avenue and 2627 Michigan Avenue.

Roy Franklin Greene was one of eight children raised in Catoosa County, Kentucky, by Fannie Webb Greene, who was widowed when she was barely 30 years old.  By the 1910 census, most of her young children were working, with Roy working in a machine shop and even the youngest son working in a hosiery mill at age 15.  Roy soon found work as a machinist for the Southern Railroad Company and remained an employee for life.

On his retirement at age 67, he and his wife Eva moved to Fort Myers in 1955 and purchased this brand new home on Evans Avenue.  According to News-Press stories, Roy became an active member of the National Association of Retired Railway Employees and Eva joined and then became president of the Live and Share Horticulture Society.  They sold this home in 1959 and moved to Rosemont Avenue, where they celebrated their 50th wedding anniversary in 1965.