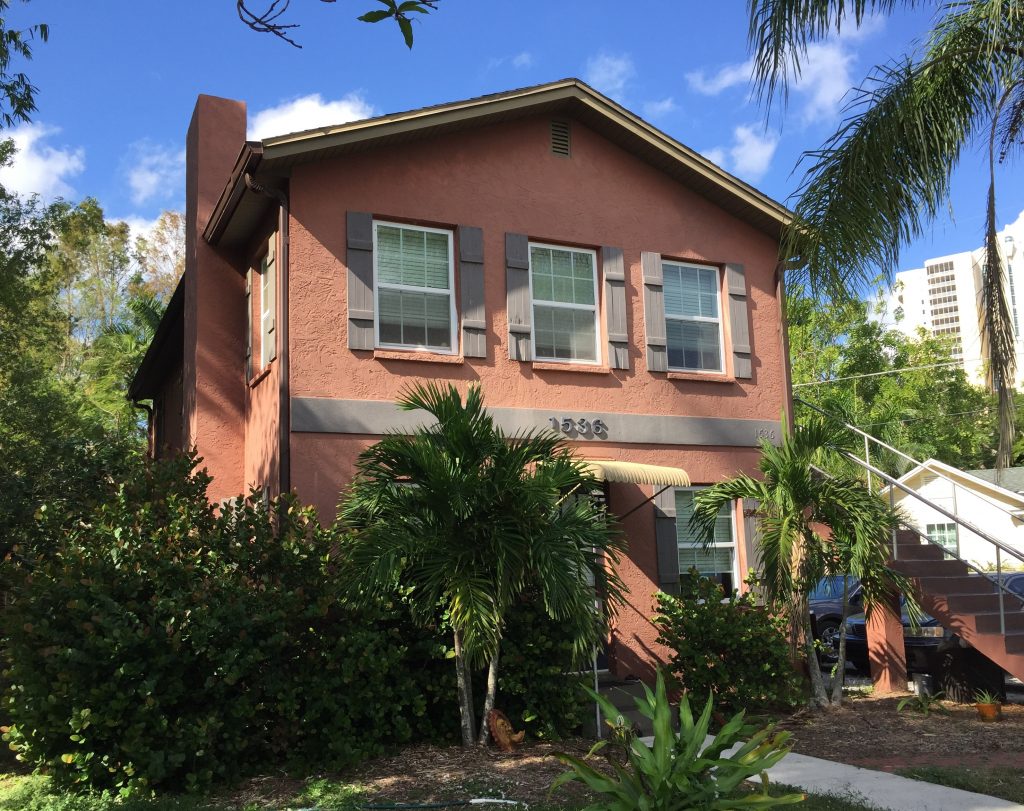 The 1922 Sanborn Insurance Company map shows this two-story stucco dwelling began as a one-story garage located at the rear of the home constructed by Joseph W. Hill at 2773 Providence Street.  Both the Hill house and this garage were shown as “stuccoed” on the 1922 map.

The original parcel was sold by the Dean Development Company to Joseph W. Hill for $1,615 on August 7, 1920, and it consisted was a corner lot with 80 feet of frontage along Providence Street and 216 feet of frontage along Palm Avenue.  The next year, Mr. Hill constructed a two-story home facing Providence Street on the front portion of this parcel and a small out-building at the rear of the parcel.The home at 2773 Providence Street changed ownership several times before being sold to Charles and Eudora Powell in 1942.  The Powells lived at this home for 44 years, and during this period retained ownership of the rear dwelling.  In fact, the rear dwelling was not split off from the main house until it was sold to Steven D. Adkins in 2003.