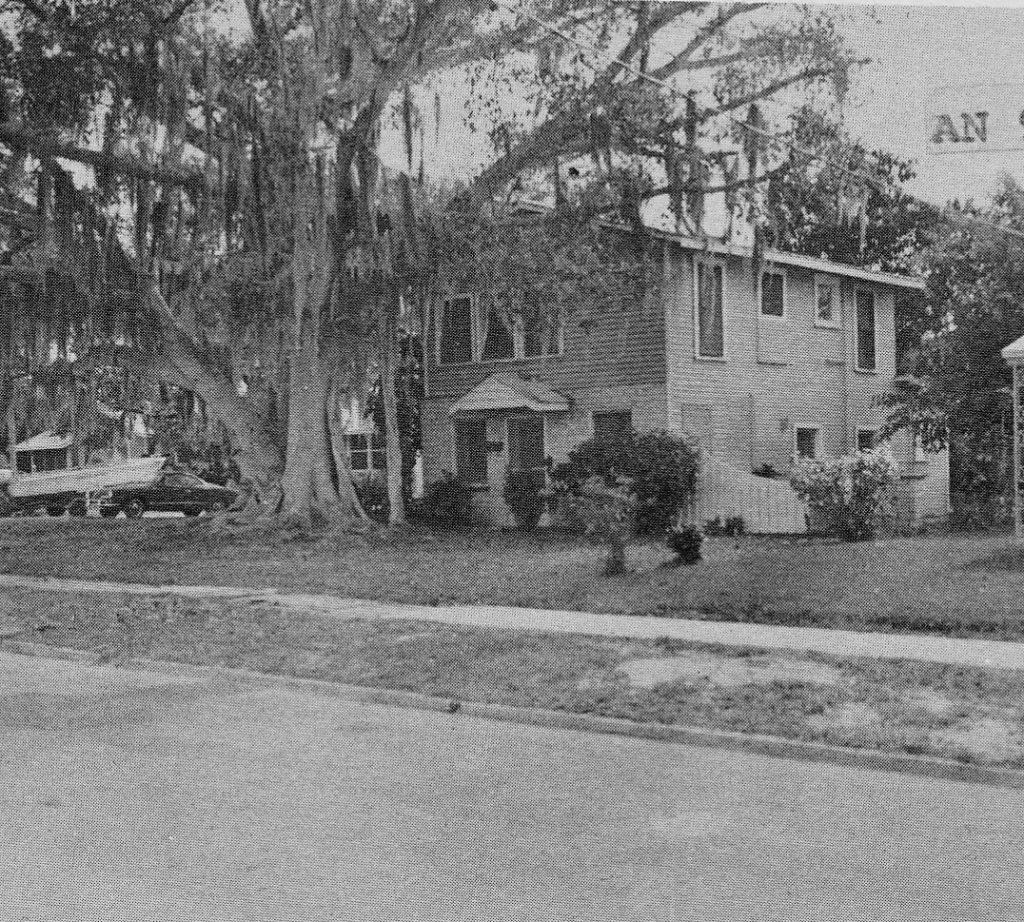 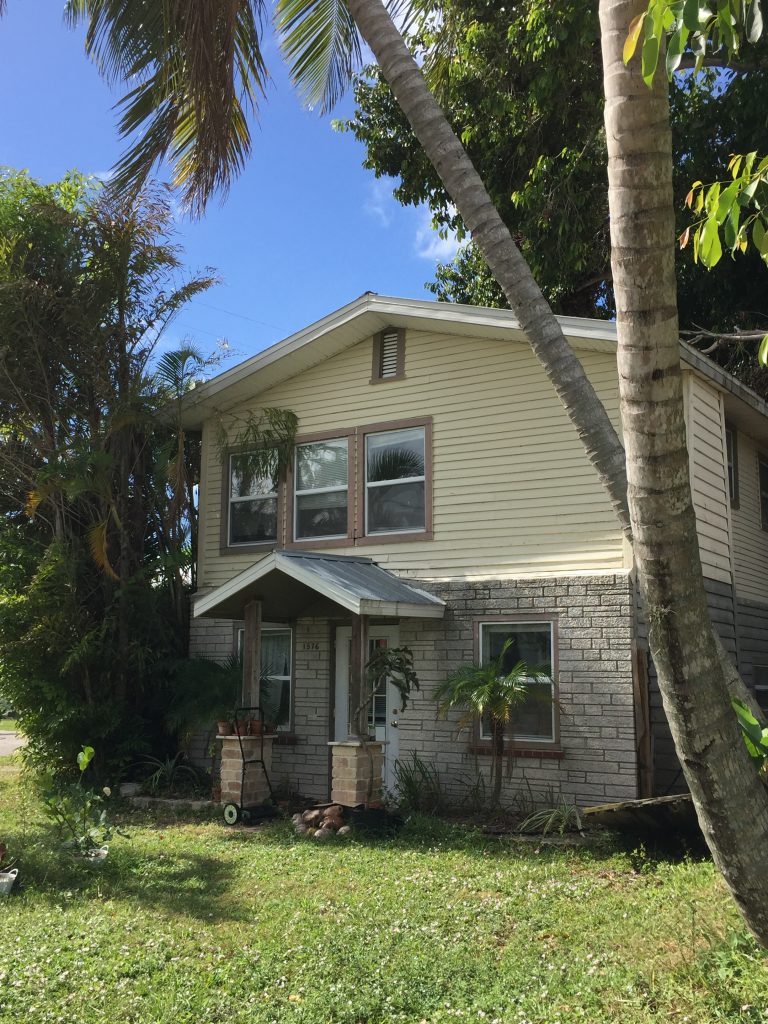 This two-story Craftsman style home appears on the Sanborn Insurance Company map of 1922 and is labeled as a two-story building with a notation “auto 1st.”  This efficient arrangement – a first floor garage and second floor living space – came to be known as a “garage apartment” when it was constructed by later owners on Cranford and Evans Avenues.  Here, the first floor garage space is now enclosed as ground floor living space.

On August 9, 1920, Andrew and Ellen Colbert purchased this parcel from Dean Development Company for $1,200, subject to a restriction that a home costing at least $2,000 be built on the property.  The Colberts lived in this second-floor residence until 1934, when they transferred it to the First National Bank of Fort Myers.

Andrew and Ellen Colbert came to Fort Myers from Rhode Island in 1908, and Andrew used Fort Myers as a home base for his career as yacht captain.  His employers included such notables as Harvey Firestone, whose yacht was based in Miami during the winter, and John Ringling, for whom he delivered the yacht “Zalophus” to Sarasota.  This career frequently put the Colberts in Miami for the winter months, and the couple did move there after leaving Fort Myers in 1941.

Mr. Colbert, born in Norway in 1885, became a U.S. citizen in 1915 and served in the Navy.  He was an avid motorist and one of the charter members of the Fort Myers chapter of AAA, which had the stated goal of improving Lee County roads and, thereby, bringing more tourism to the area.  He and Mrs. Colbert frequently motored to their cottage (called “Kwit-U-Wury”) in Fort Myers Beach.   Mr. Colbert was also an ardent member of the local Elks Club and when he died at age 93 in Fort Myers Beach, the funeral was conducted by the Elks Club.               Earlier address:  1140 Providence Street