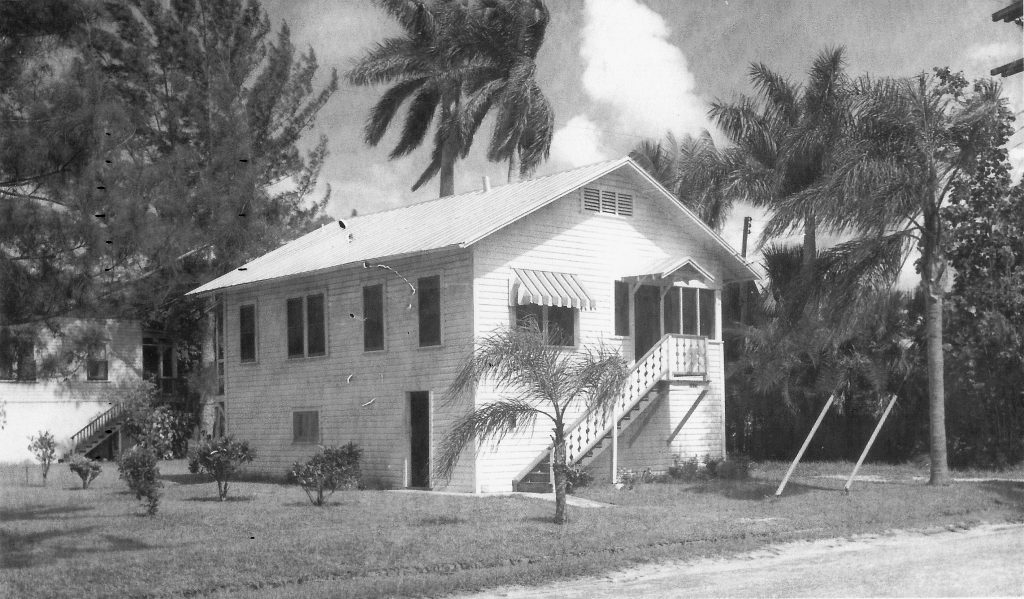 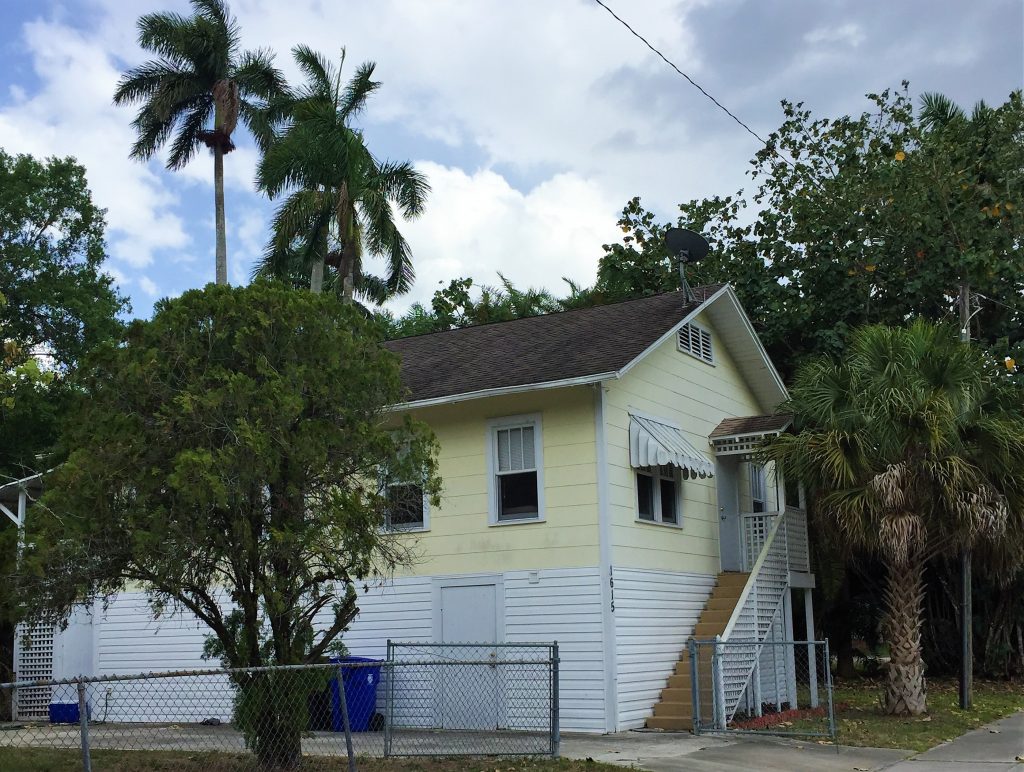 This “garage apartment,” as these types of dwellings were called in the News-Press, was built in 1939 for Bertha May Lauth, a Fort Myers school teacher.  Although built after most of the bungalows were constructed in Dean Park, this two-story house still contains many of the popular bungalow features, such as the front-facing dormer and exposed roof rafters supporting a wide eaves, with these elements echoed in the roof over the second-floor entry. It has 768 square feet of living space on the second floor and storage space on the first floor.

Bertha May Stulpter was the only daughter of Ewald Stulpter, a German immigrant who came to Fort Myers on December 10, 1884, and first found work in nearby coconut and citrus groves.  He then replied to a help-wanted ad placed by Thomas Edison and became his gardener for 17 years.  Mr. Stulpter also remembers helping the workmen string up the first electric lights in Fort Myers.  By 1915, Mr. Stulpter was on the City Council, then went on to serve as Vice President of The Carl F. Roberts Company and the Seminole Lumber and Manufacturing Company.

Bertha’s mother died in 1921, when Bertha was only 10.  She went on to graduate from Fort Myers High School and the Florida State College for Women, before beginning her teaching career.  In 1936, she was Florida’s representative at the National Education Association convention in Portland, Oregon.  On June 20, 1938, she married William C. Lauth, a Denver native whose family relocated to Fort Myers and began the Florida Sea Shell Company.

After their marriage, Bertha and William lived with her father, now 76, in his home on Evans Avenue.  But shortly after his death on July 22, 1940, the couple moved into this garage apartment, then moved in 1942 to a larger home on Virginia Avenue.  Mrs. Lauth continued her career as a teacher in the Lee County schools and retired in 1968.  She and her husband eventually moved to be near their daughter in Pensacola, where William died in 1980 and Bertha died in 2002 at age 92.

This property – like all the lots in Dean Park on the southerly side of Michigan Avenue – is part of Evans Addition, one of the earliest Fort Myers subdivisions.  In 1913, these Michigan lots were purchased for $6,000 by The Carl F. Roberts Company.  On December 28, 1939, Mrs. Lauth purchased this parcel as a vacant lot from the company for $375.00.  When she sold the garage apartment in 1944, the sales price was $3,500.