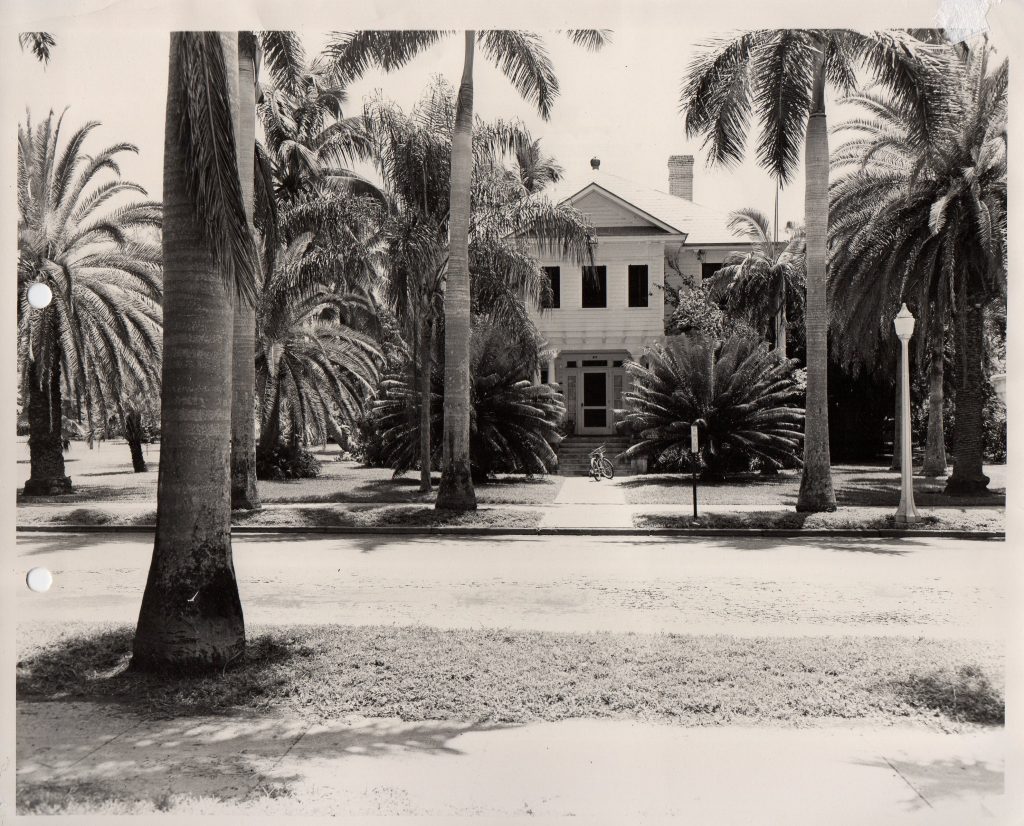 This parcel at the corner of First Street and Evans Avenue is the only lot on the original “Dean’s Subdivision” map on the westerly side of Evans Avenue.  For many years, this lot was vacant and was always owned in common with an impressive large two-story house next door on First Street.

The first owner of the house was Harry Poe Johnson, a Chicago native who first came to Lee County and owned groves of mangos, peaches and plums in Buckingham and Bokeelia.  By 1921, the Fort Myers City Directory shows Mr. Johnson had moved to Fort Myers and became something of a local celebrity as a horticultural expert, toastmaster, real estate salesman and manager of the Fort Myers Golf Club.  The house and adjacent corner lot were later owned by a series of prominent Fort Myers residents including Annie Powell Dean, Thomas & Alice Ness, Dwight & Elizabeth Kirtland, Berry & Princess Williams, and Jack & Edith Welch, who purchased the property in 1956.

In 1963, Mr. Welch decided to raze the home and build “Sherri Lee Apartments” on the two adjacent lots.   According to the News-Press, the project would be named after his young daughter, Sherri Lee, and would contain 30 one-bedroom efficiency apartments renting for $125 per month.  The entire project would cost $200,000.  After Mr. Welch died two years later, at age 39, his wife sold the project for $220,000.  In 1968, it was re-sold to Ben Mar Associates Limited and converted to Ben Mar Condominium in 1974.