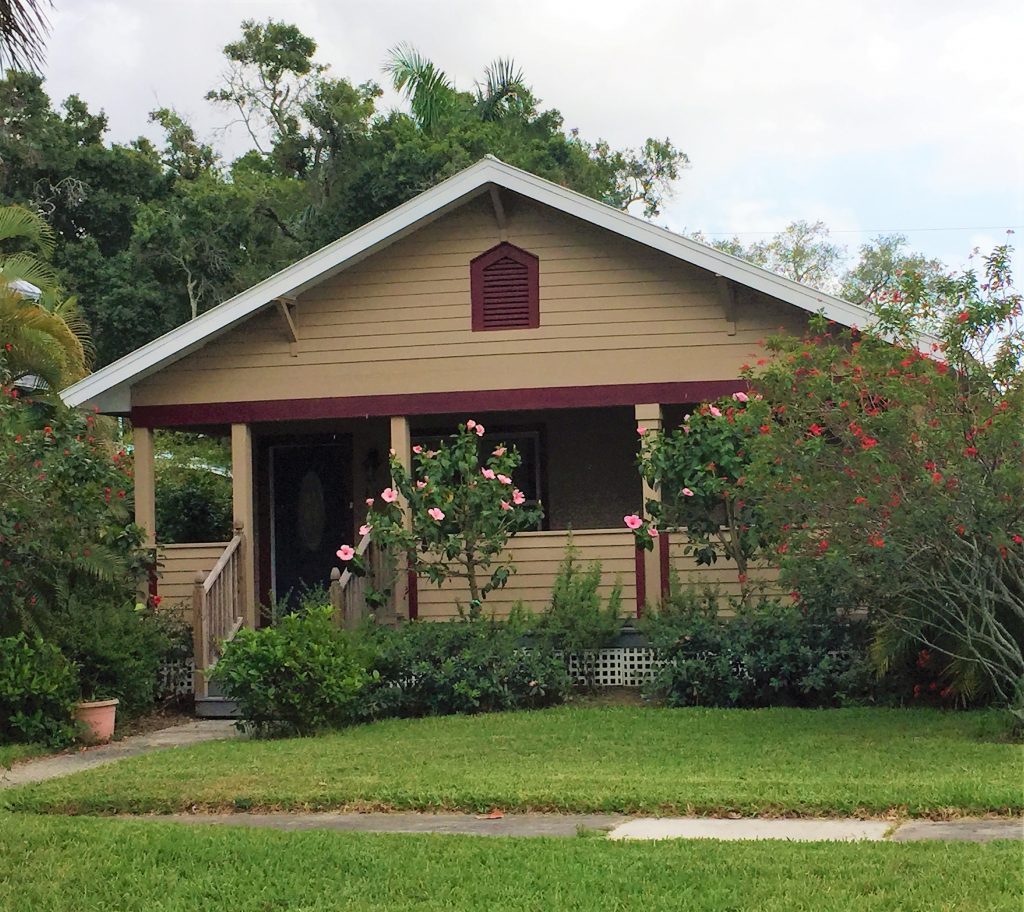 This Craftsman-style bungalow is typical of many bungalows on Michigan Avenue.  It has a low-pitched roof line, deeply overhanging eaves, exposed rafters under the eaves and a front porch beneath the extension of the main roof.  It has double-hung windows installed in groups of two on either side of the centered front door and an attic vent at the center of the house’s front-facing gable.

In 1913, The Carl F. Roberts Company purchased 46 of the Evans Addition lots, including this parcel and all other lots in Dean Park on the southerly side of Michigan Avenue.  On October 10, 1919, the company sold three adjacent lots to John T. Brennan, who had recently come to Fort Myers from Battle Creek, Michigan, with his wife, Grace, and their son, Maxwell.

Mr. Brennan, who had been a carpenter and cabinetmaker in Michigan, purchased this parcel for $600, as well as the two adjacent parcels (2616 Michigan and 1615 Evans Avenue).  He promptly started to work on this house, completing it in 1920 and continuing to live here while he was building a second bungalow next door at 2616 Michigan for Alvin Gorton.  He also constructed a two-story “Garage Dwelling,” as the News-Press called it, around the corner at 1615 Evans Avenue.  On October 3, 1925, he sold this home at 2610 Michigan Avenue to C.M. Bailey of Boston.

Mr. Brennan and his wife, Grace, lived in Fort Myers the rest of their lives, but often returned to Michigan for extended visits during the summer months.  As late as 1935, the city directory showed he continued to work as a contractor from a business office in the garage at 1615 Evans Avenue, which was not sold until after his death in 1944.  Mrs. Brennan remained very involved in community and church activities – including spearheading the fundraising drive for the organ at Edison Congregational Church – until her death in 1967.