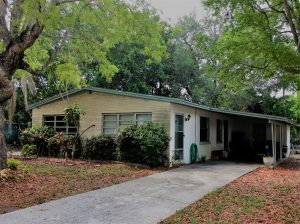 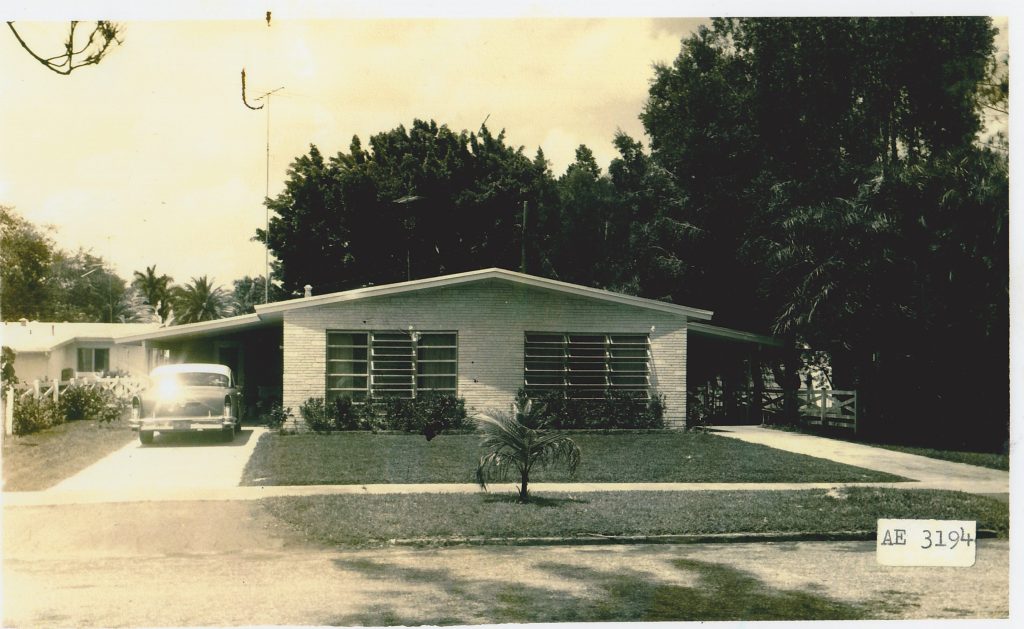 The ranch-style duplex constructed on this parcel is virtually identical to its “twin” constructed at 1531 Evans Avenue.  Its large jalousie windows, very much in style in the 1950’s, dominate the front façade.  The home’s first occupants were Richard D. Hensley, a Fort Myers policeman, and Rosemary F. Hensley.

When John Dean recorded his Dean’s Subdivision map on May 1, 1920, this lot was part of a larger 210-by-210-foot parcel shown on the map as “Tippins,” signifying that it had already been conveyed to Fannie Yeats Tippins in 1914.  The 1922 Sanborn Insurance Company map showed only a small outbuilding to be located on the Tippins parcel, and the 1930 Sanborn map again shows a vacant parcel.

A portion of the “Tippins” parcel abutting Block G on Dean’s Subdivision map.