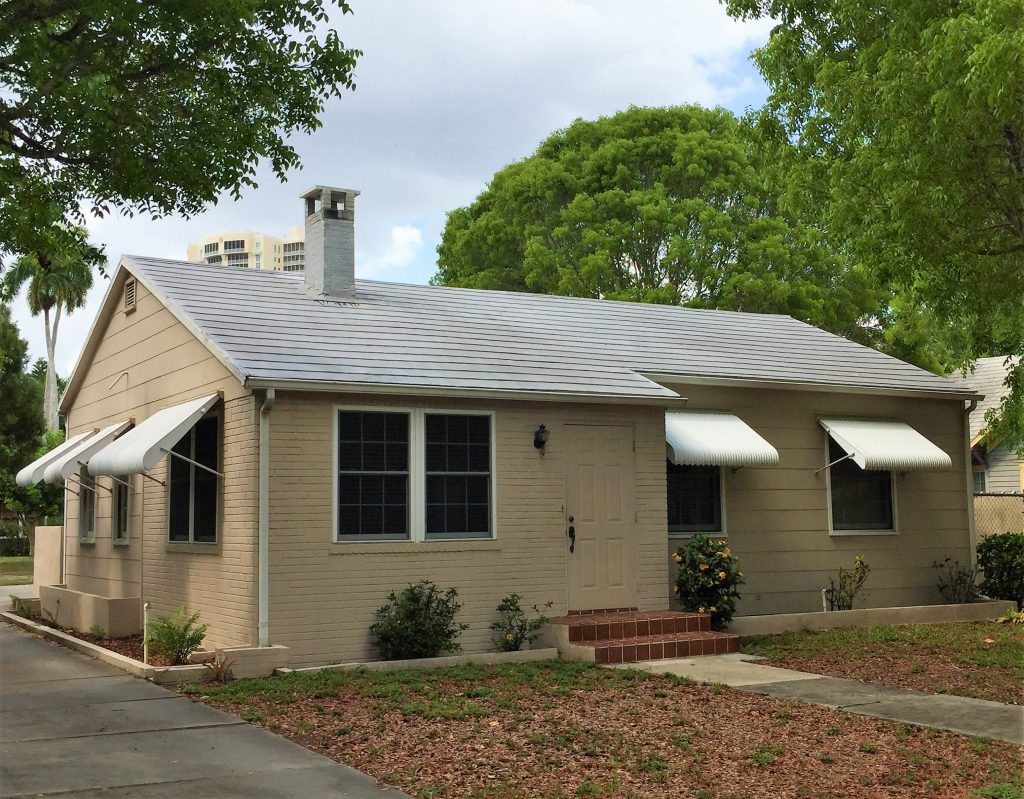 On May 16, 1941, Thomas Veal III and his wife, Juanita Meguiar Veal, purchased this 60-by-180-foot parcel and constructed the one-story cottage there.  The cottage has remained in the family and is now occupied by Thomas Veal IV.

Thomas Veal II came to Fort Myers from Roopville, Georgia, in 1926 with his wife and young son, Thomas Veal III, his two daughters, and his parents.  The 1920 census showed Thomas Veal II’s occupation as a “merchant – general merchandise” in Roopville; and the family continued that line of work by establishing a grocery store business in Fort Myers.  By 1935, Thomas III had joined his father in the business.

When World War II broke out, Thomas Veal III enlisted in the Army and was a member of “Ken’s Men, a bombardment unit in the South Pacific.  Returning home in 1945, Thomas III rejoined his father in the grocery store business, with a store at 1915 Park Avenue offering “High Grade Groceries, Meats and Poultry,” according to the Fort Myers city directory.

When John Morgan Dean recorded his Dean’s Subdivision map on May 1, 1920, a large 210-by-210-foot lot at the corner of Michigan Avenue and Evans Avenue was shown on the subdivision map as “Tippins,” signifying that it had already been conveyed to Fannie Tippins.  The 1922 Sanborn Insurance Company map showed only a small outbuilding to be located on the Tippins parcel, and the 1930 Sanborn map shows a vacant parcel.  The Veal cottage was the first residence to be constructed on the Tippins parcel, which became four separate lots in Dean Park:  1531 Evans Avenue, 1541 Evans Avenue, 2615 Michigan Avenue and this parcel.

Portion of the “Tippins” parcel in Block G of Dean Park