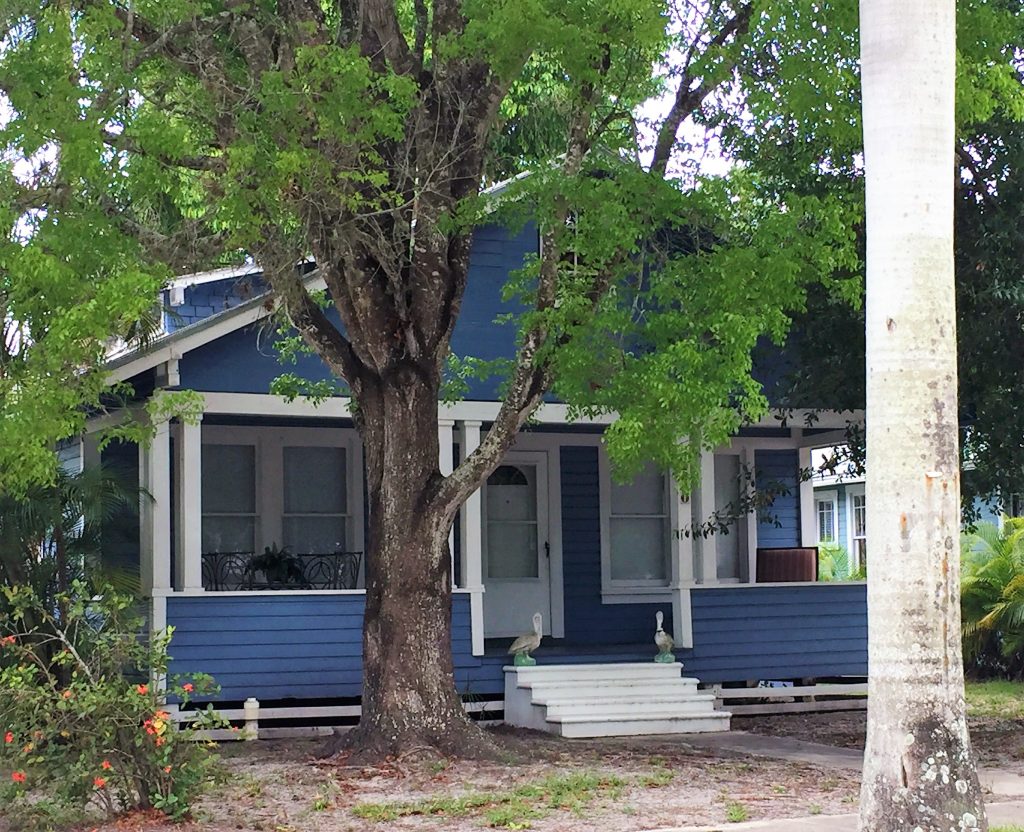 The bungalow is a perfectly symmetrical bungalow with classic Craftsman-style features:  front porch supported by double columns, exposed roof rafters, a centered front door with double-hung windows on either side of the door, a front-facing gable with a small center window, and side dormers on the second floor to create light and space for the upstairs bedroom.

The house is similar in design to many of its neighbors on Michigan Avenue and is one of 13 existing homes located on the southerly side of Michigan Avenue.  These homes were originally part of Evans Addition, a subdivision plat recorded by Mayor James Evans, first recorded in Key West (which was originally the county seat for Fort Myers when it was part of Monroe County), then recorded in 1905 with the Lee County Clerk.  In 1913, The Carl F. Roberts Company purchased 46 of the Evans Addition lots, including this parcel and all other lots in Dean Park on the southerly side of Michigan Avenue.

On May 24, 1921, The Carl F. Roberts Company sold this property to Wilhelm Reiter for $600, subject to a building restriction that a house costing at least $1,000 be built on the parcel.  By 1922, the house was completed, as shown on the 1922 Sanford Insurance Company map.

Wilhelm F. Reiter, born in Germany in 1888, immigrated to the United States as a young man and married his wife Marie, also from Germany, in 1912.  By 1913, the Reiters were living in Arcadia, Florida, when the first of their two children were born.  By 1920, the family was living on Cottage Street in Fort Myers, with Mr. Reiter employed as a carpenter.  In 1923, Mr. Reiter was employed as a foreman at the Seminole Lumber & Manufacturing Company.  In October 1925, the Reiters sold this bungalow to Henry and Ora Sicks and eventually moved to Miami sometime before 1934.