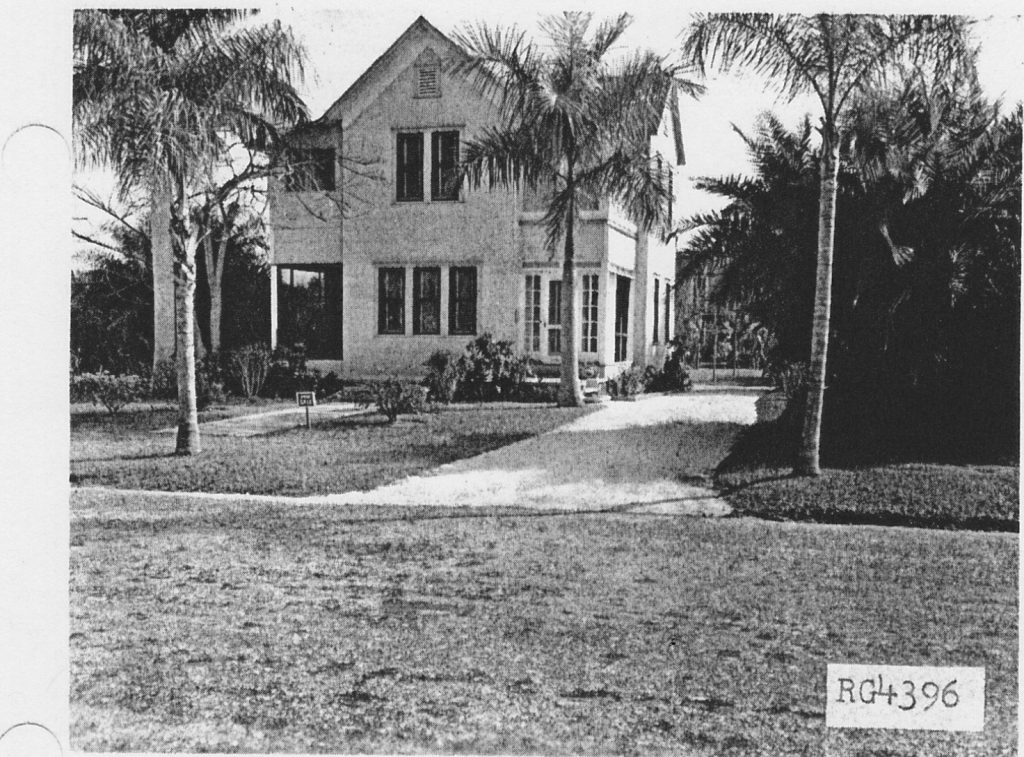 As shown on early photos, this two-story home was constructed in the Florida vernacular style, with a deep front porch designed to keep the house cool in warm weather.  It has been remodeled extensively in recent years.

In 1913, The Carl F. Roberts Company purchased 46 of the Evans Addition lots, including this parcel and all other lots in Dean Park on the southerly side of Michigan Avenue.  Carl F. Roberts was also a friend of the couple who purchased this parcel.  The News-Press reported on Feb. 4, 1914:

“Mr. and Mrs. Gust Bramberg of Chicago, who have been visiting Mr. and Mrs. Carl F. Roberts for several weeks, left yesterday for home.  Both Mr. and Mrs. Bramberg were delighted with Fort Myers and took away with them a great deal of literature describing the beauties and opportunities of this section of the state.”

In 1918, Mr. Bramberg paid a fourth visit to Fort Myers, this time with his partner in his Chicago real estate firm, and the News-Pressreported that both men were “delighted to be here after tunneling thru snow.”  Finally, on March 5, 1921, the Brambergs were ready to buy and purchased this parcel from The Carl F. Roberts Company for $700, subject to a building restriction that a house costing at least $1,000 be built on the parcel.  The Sanborn Insurance Company map shows now house existed on this property in 1922, so it seems likely that the existing home was constructed in 1923 or later.