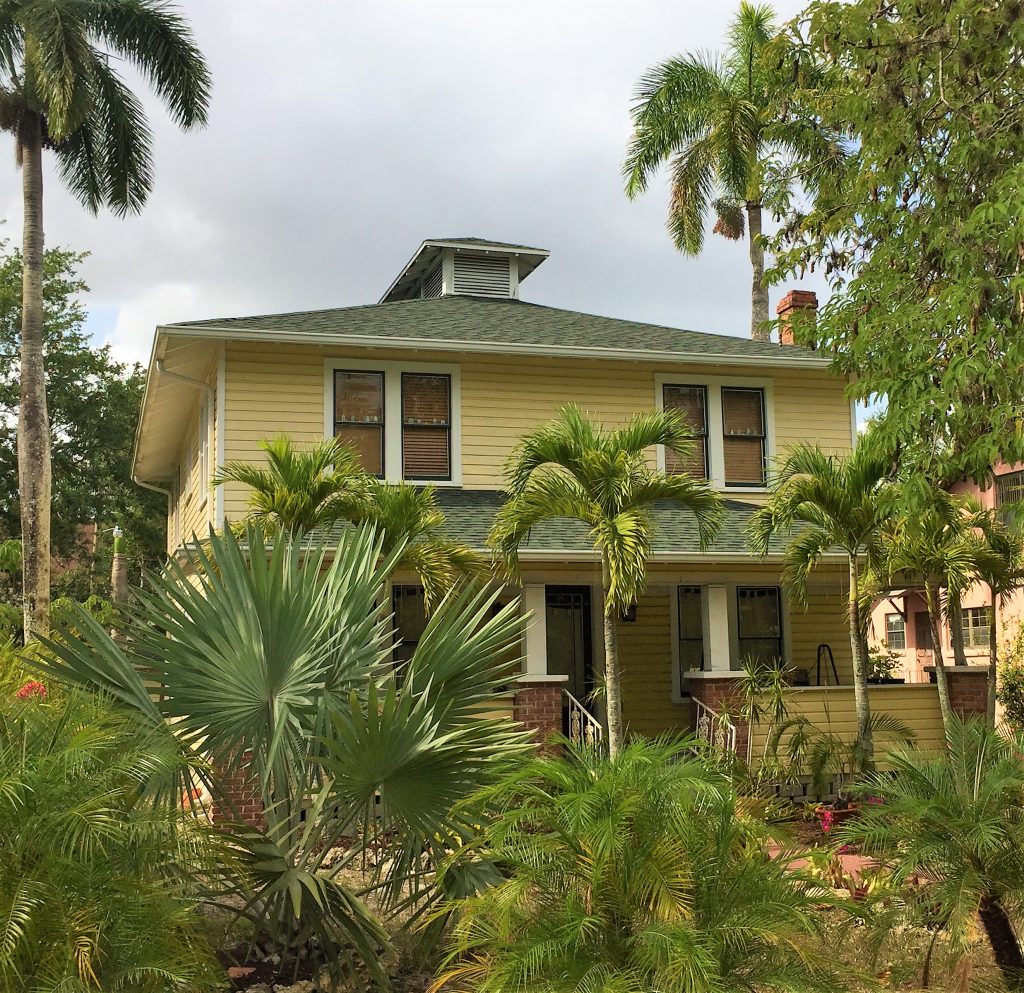 This two-story home is an example of the “American Foursquare” style, an American house style popular from the mid-1890’s to the late 1930’s.  Like Craftsman homes, it was a reaction to the ornate and mass-produced elements of the late Victorian style.   The American Foursquare was a plain, transitional style that incorporates elements of the Craftsman and Prairie school styles.  An American Foursquare home is typically a square, boxy design, two or two-and-a-half stories high, usually with four large rooms on each floor.  It frequently has a large front porch with wide stairs and a hipped roof.

On April 25, 1925, the Dean Development Company conveyed this parcel to Floyd J. Swinney of Lee County for $4,000, subject to a restriction that a house costing at least $3,500 be built on the parcel.  The deed also included a second lot on Michigan Avenue, Lot 12.  On February 13, 1928, Mr. Swinney sold the parcel to Elizabeth M. Day Felton of Philadelphia, who had begun visiting Fort Myers after her husband died in 1924.

The News-Press reported on September 1, 1928, that Mrs. Felton had just obtained a building permit to build a $6,000 residence.  Soon after that, Mrs. Felton and her sister-in-law, Mary E. Felton moved into the new home.  After Elizabeth Felton’s sudden death on August 26, 1930, Mary E. Felton and her two younger sisters, Fannie Day Felton and Emma Day Cuthbertson, continued to live in the home, along with her niece and namesake Elizabeth M. Felton (Fannie’s daughter).