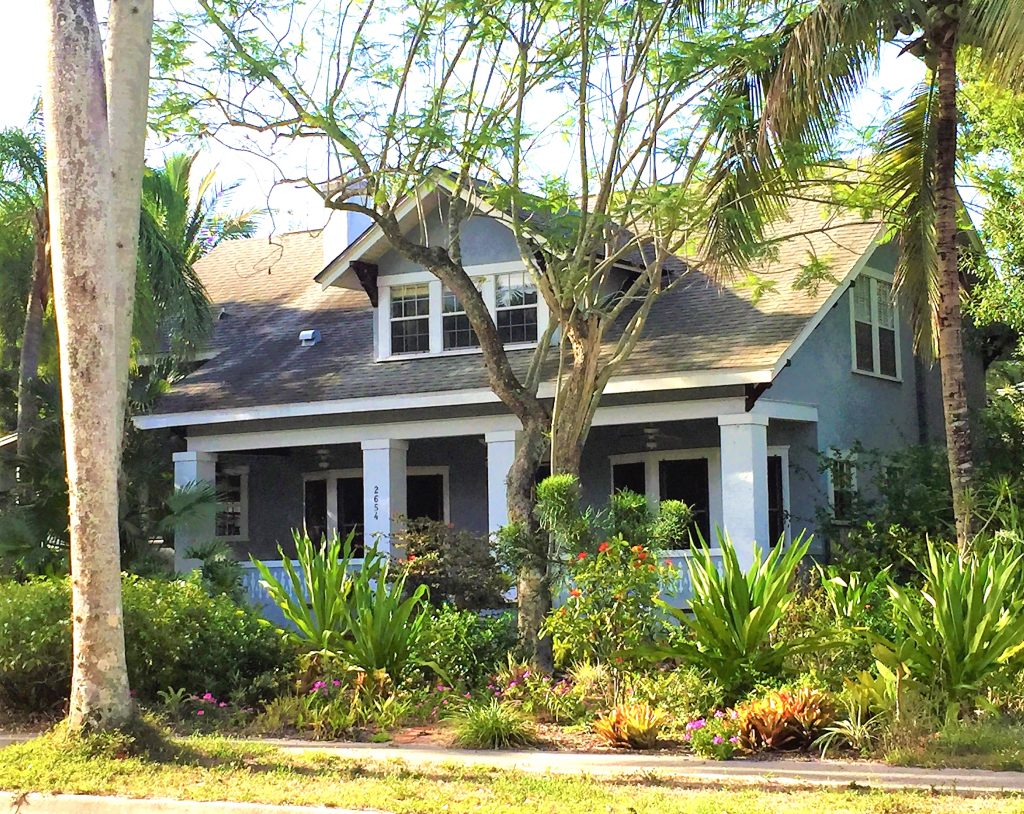 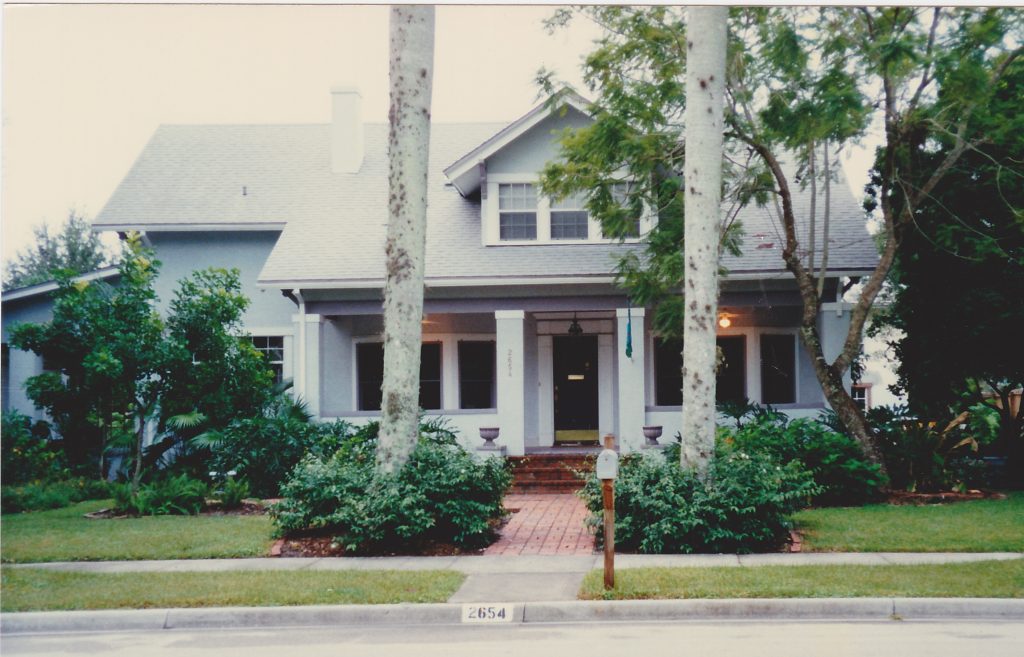 With 3,014 square feet, the house is one of most prominent homes in Dean Park.  Its elegant horizontal lines, extended by a spacious veranda on the easterly side of the house, reflect influences of the Prairie Style.  The original plan included seven rooms and a bath.

Carl Lewis Flood, born in Michigan in 1876, was described as a “popular winter resident” and “experienced quail shooter and dog fancier,” in the words of the News-Press.  The newspaper featured Mr. Flood and fellow Dean Park resident Frank H. Tichenor (1525 Palm) in several stories about quail-hunting outings in Fort Myers and skeet-shooting events at the Bradford Hotel.  His wife, Nina N. Flood, was among the members of the “Entre Nous Bridge Club,” whose members included Mrs. Virgil Robb, Mrs. J. Rescoe Parker and other Dean Park residents.

Mr. Flood definitely enjoyed life to the fullest.  The News-Press also recounts how he just had a “fine Murad loop radio set” installed in his home in December 1923 and purchased a Star automobile from King’s Garage in Fort Myers in January 1923.  Unfortunately, Mr. Flood only enjoyed his winter home in Fort Myers for two years:  he died in April 1925 in Michigan.  Mrs. Flood remained in Michigan and conveyed the house to Fort Myers Realty Company, which eventually re-sold it in 1929 to Harry and Lois Kreamer.