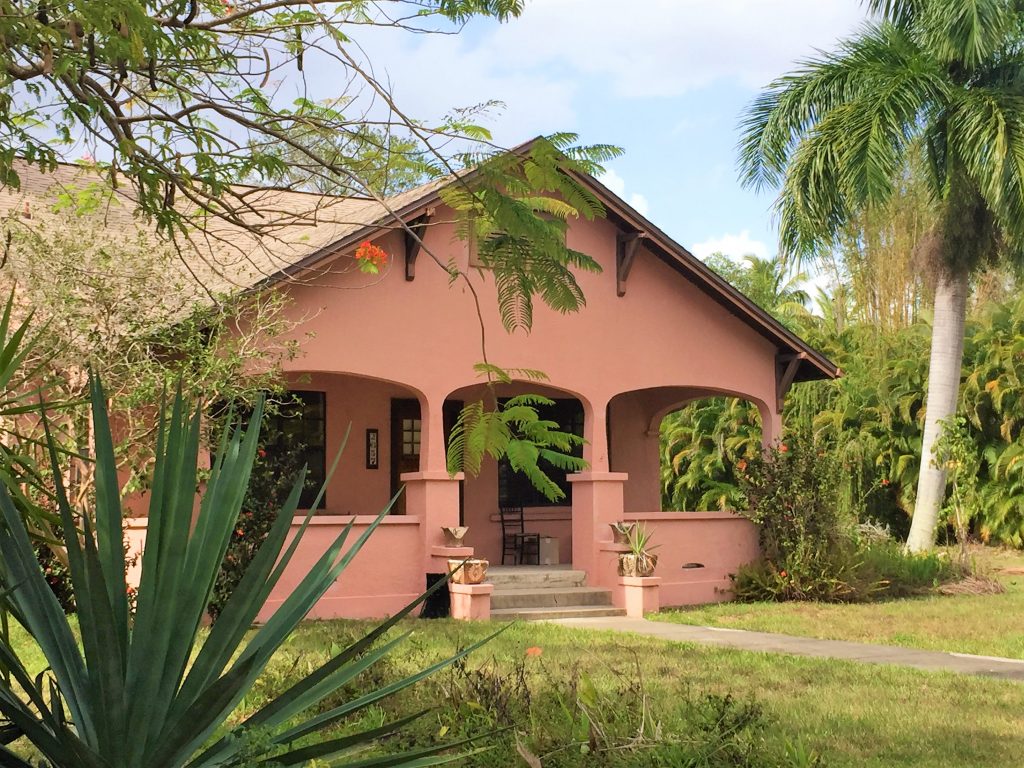 Roscoe G. Norton and his wife, Mary, came to Fort Myers from upstate New York, where Mr. Norton had been working as a hotel keeper, grocer and then as a “lumberman” in the small town of Forestport.  By 1926, with Mr. and Mrs. Norton in their mid-50’s, the couple began to spend their winters in this bungalow on Fort Myers.  To complete the transformation, Mr. Norton switched his career to real estate, the avocation of almost everyone living in Fort Myers during the land boom of the 1920’s.

The Nortons remained in their home on Michigan until Mr. Norton’s death in 1937 at age 66, and Mrs. Norton continued her pattern of living in Fort Myers during the winter and returning to upstate New York in the summer until sold the home to Frank B. Jones in 1948 for the consideration of $10,000.  From the 1960’s until 2017, the home was occupied by the Bristol family.