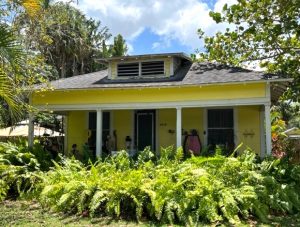 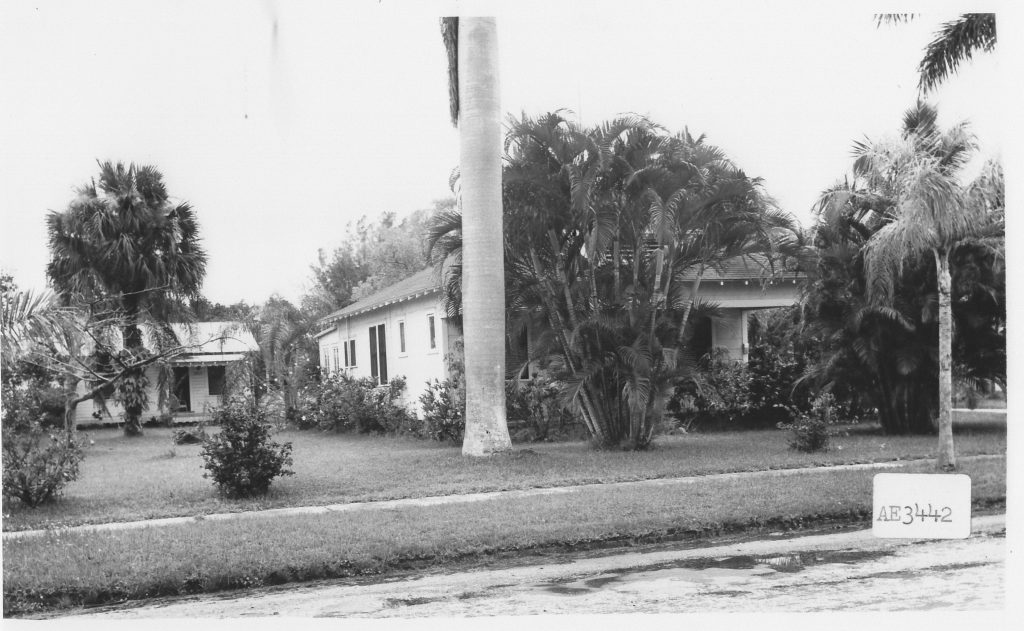 This 1,500-square-foot house is a classic bungalow, with a hipped roof, wide front porch with center doorway, and attic dormer located in the center of the roof.

The property, like all the Dean Park homes on the southerly side of Michigan Avenue, is part of Evans Addition, a subdivision plat recorded by Mayor James Evans, first in Key West (which was originally the county seat for Fort Myers when it was part of Monroe County), then in 1905 with the Lee County Clerk.  In 1913, The Carl F. Roberts Company purchased 46 of the Evans Addition lots, including this parcel and all other lots in Dean Park on the southerly side of Michigan Avenue.

On February 16, 1928, George W. Ingersoll and Kathleen Ingersoll purchased this double lot in Evans Addition for $2,500 from the Roberts Company.  The Ingersolls, who were residents of upstate New York, began coming to Fort Myers for the winter in 1919.  Mr. Ingersoll, a building contractor, appears to have constructed this bungalow as an investment and leased it for many years before selling it in 1942 to Elizabeth (Bettye) Felton, who lived across the street.          City directories show the Ingersolls living at a number of addresses, but never at this dwelling.  After Mr. Ingersoll’s death at age 77 in 1935, Mrs Ingersoll continued to make Fort Myers her home until her death in 1966 at age 83.