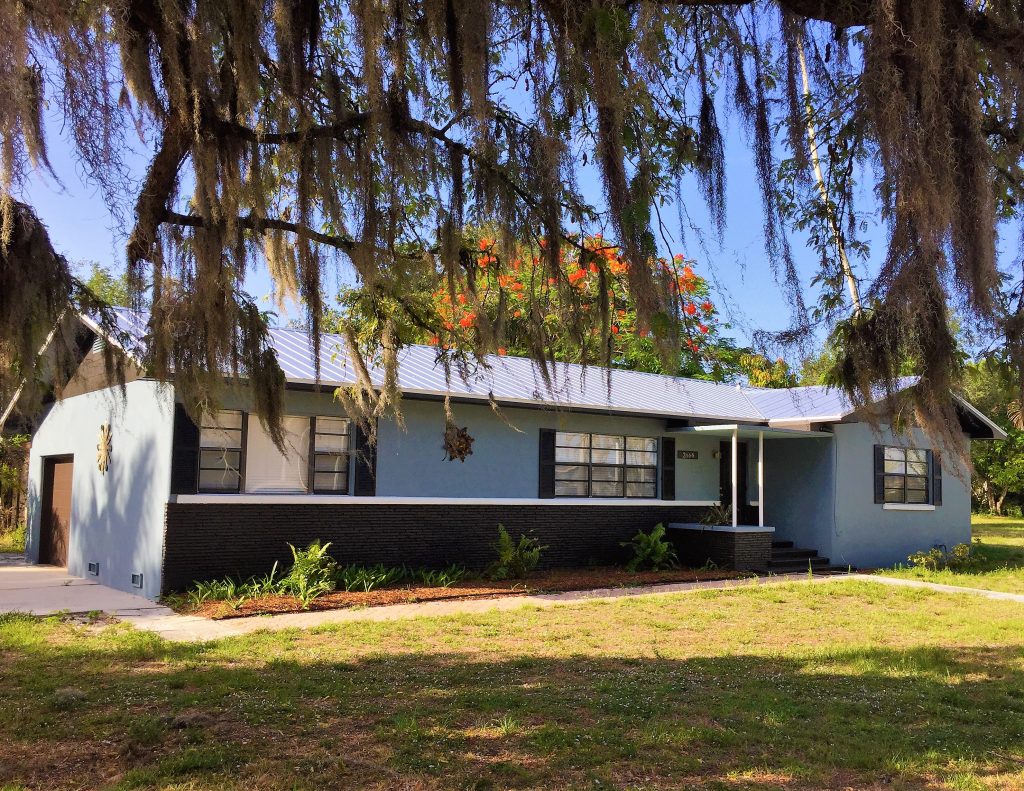 For many years, this lot at the corner of Cranford Avenue and First Street stood vacant.   On April 10, 1920, Dean Development Company sold the Lot 1 to an investor, Ida M. Galloway for $1,000, with a building restriction that any house built on the property must cost at least $2,500.  However, no home was built on Lot 1 until 1959, despite its prime location.

After a succession of owners, Lot 1 was sold in 1951, to Dr. William F. Grace & Annie Lee Grace, who had lived since 1931 at the large craftsman-style home at 2706 First Street, on the opposite corner of Cranford Avenue.  In 1959, the Graces, now in their 70’s, built two ranch-style dwellings on this property.

Dr. Grace was born in 1881 in Graceville, Florida.  He graduated from Tulane Medical School in 1906 and married Annie Lee Brownell of Westville, Florida, the next year.  He practiced medicine in Chipley, Florida, until 1924, when he, his wife and their three children moved to Fort Myers.  He continued his medical practice from his office on McGregor Boulevard until his death on March 23, 1961 at age 79.  His obituary said Dr. Grace “was highly esteemed by his patients for his willingness to answer calls in all weather and at all hours of the day and night.”

After Dr. Grace’s death, Mrs. Grace sold both homes, together with all their furnishings, to Abe Shrem of New York in October 1961.  The two homes continued to occupy one lot until 1983, when parcel was split and the ranch home located on the southern half of the lot was sold to a separate owner.