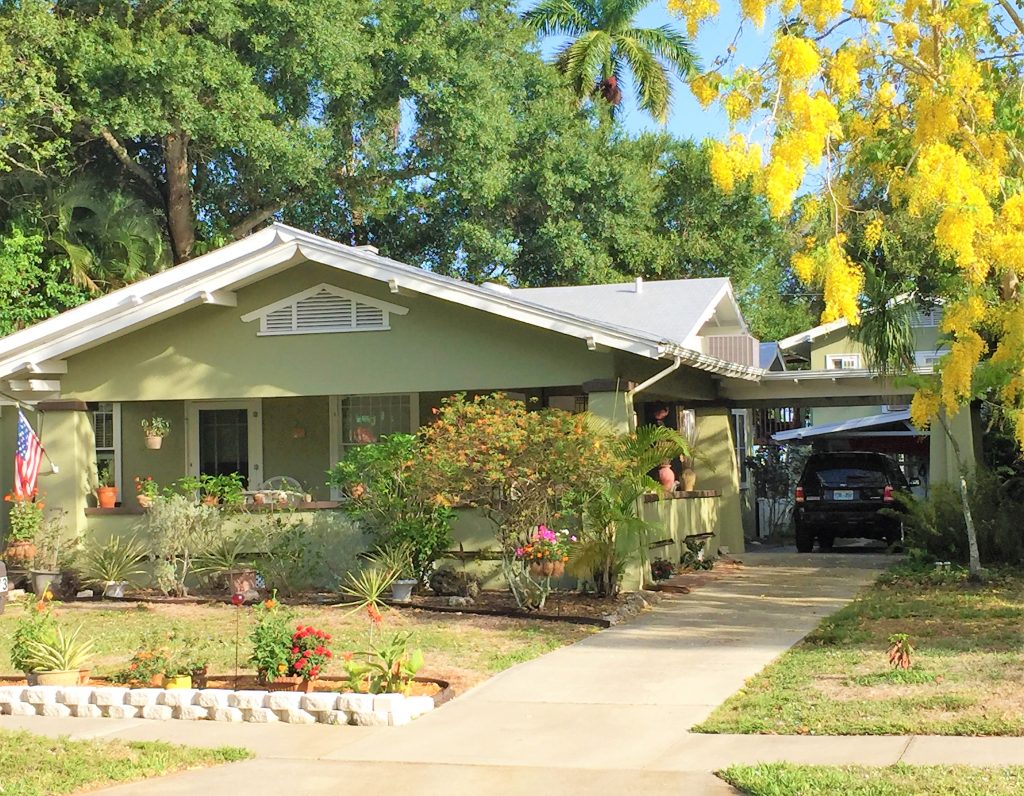 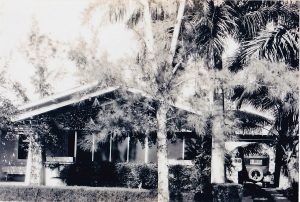 This bungalow is a classic example of the Craftsman style, with massive tapered porch columns, a gracious front porch, roof brackets under broad eaves and a pergola that extends the horizontal lines of the house.

It was built in 1920 for Vernon G. Widerquist, who purchased the property for $2,000 in 1925 from Dean Development Company, subject to restriction that any house constructed there cost at least $3,000.

Mr. Widerquist was a World War I veteran and lumberman.  He served as an early Commissioner and mayor of Fort Myers in 1923-24.  He also played a key role in the adoption of the City’s first building code.  Mr. Widerquist and his wife, Johnette, occupied this house for the remainder of their lives, with Mr. Widerquist passing away in 1942 and Mrs. Widerquist in 1987.  The home was sold by the Widerquist children as personal representatives of Mrs. Widerquist’s estate.