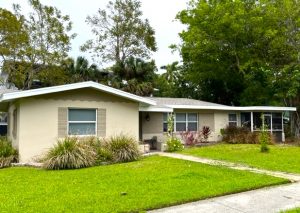 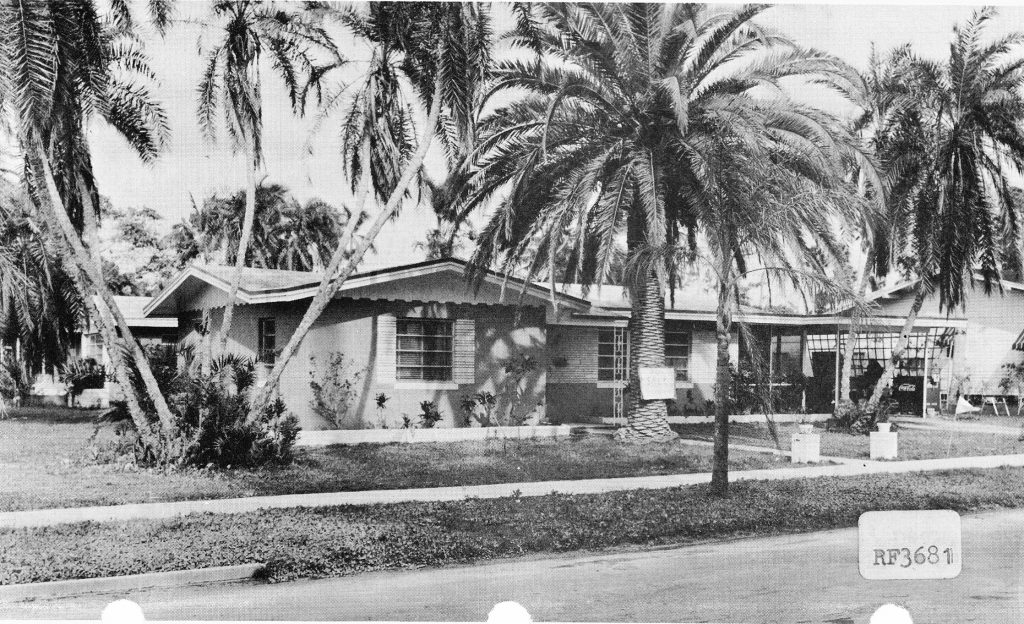 This double lot was originally the site of a five-room two-story home and rear garage apartment probably constructed by Henry C. Case, who built nine homes in Dean Park on lots purchased from Dean Development Corporation.  The original dwelling shows up on the 1930 Sanborn Insurance Company map and was in existence in 1950, when it was advertised for sale for $6,700.

Mr. Schultz, a bricklayer and carpenter, was born in Germany in 1899 and immigrated to the Detroit area with his family when he was just two years old.  He and Mrs. Schultz married in 1923 in Michigan and had three sons.  A 1942 article in the News-Press described Mr. Schultz as a “Michigan tourist,” and by 1950 the couple had moved to Fort Myers Beach.  Mr. Schultz continued his occupation as a carpenter and both were involved in many community activites, as well as in frequent visits to their grown sons.

Earlier address:  42 Michigan for the original house on Lot 13; Dean’s Subdivision, Block I, southerly half of Lots 12 and 13