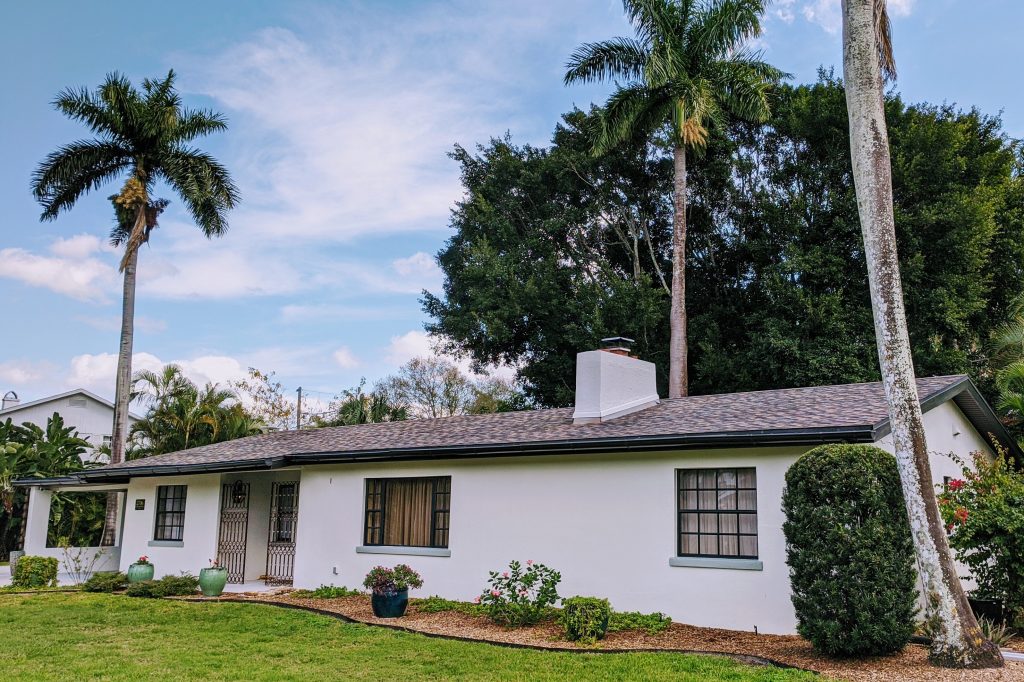 This spacious lot, located next to Dean Park’s “Triangle,” was one of several lots that was still owned by Dean Development Company after the death of John Morgan Dean in 1938.  Annie F. Dean, John Dean’s last wife and acting as the sole surviving trustee of the company, finally sold this vacant parcel in 1951.

After three more intervening owners, the lot was sold for $17,500 in 1955 to Samuel A. Graham and Susan H. Graham, who elected to build this 1635-square-foot ranch on the parcel.  Its horizontal lines, low-slung roof, the absence of any porch and the inconspicuous front door are all hallmarks of the ranch style.

Samuel Allison Graham was born in Pennsylvania in 1888 and spent most of his career as an engineer on the Baltimore & Ohio Railroad.  He and his first wife, Roxie, raised their family in Cincinnati, Ohio.  Three years after Roxie’s death in 1945, he married Susan Hicks Day, a shop manager from West Virginia.  Upon Mr. Graham’s retirement from the railroad, the couple moved to Fort Myers and lived in their new ranch home in Dean Park from 1955 to 1959.