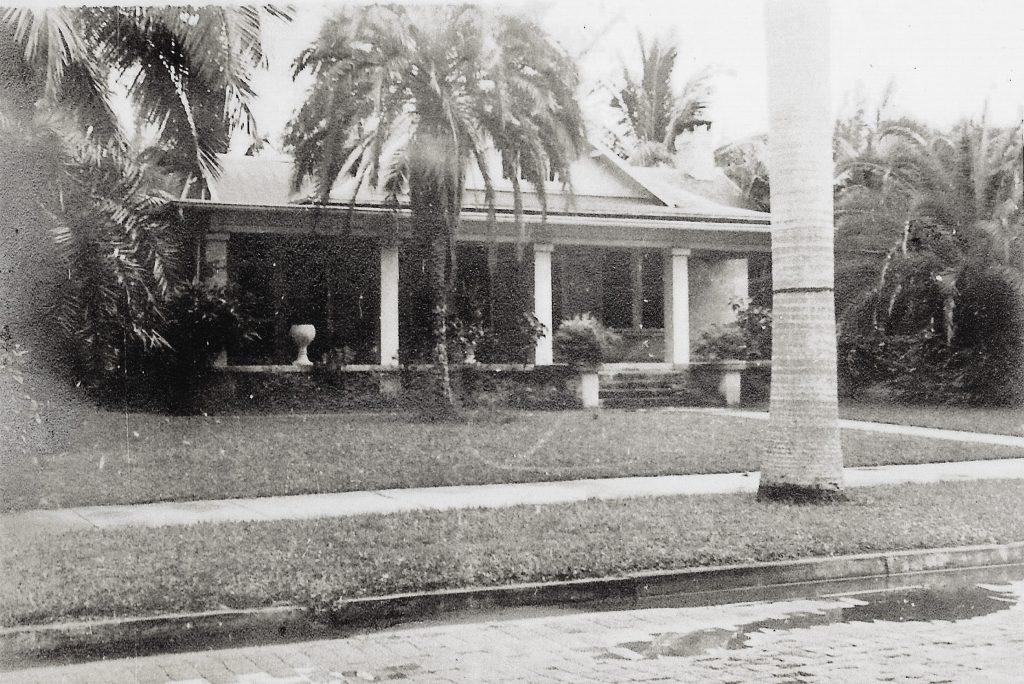 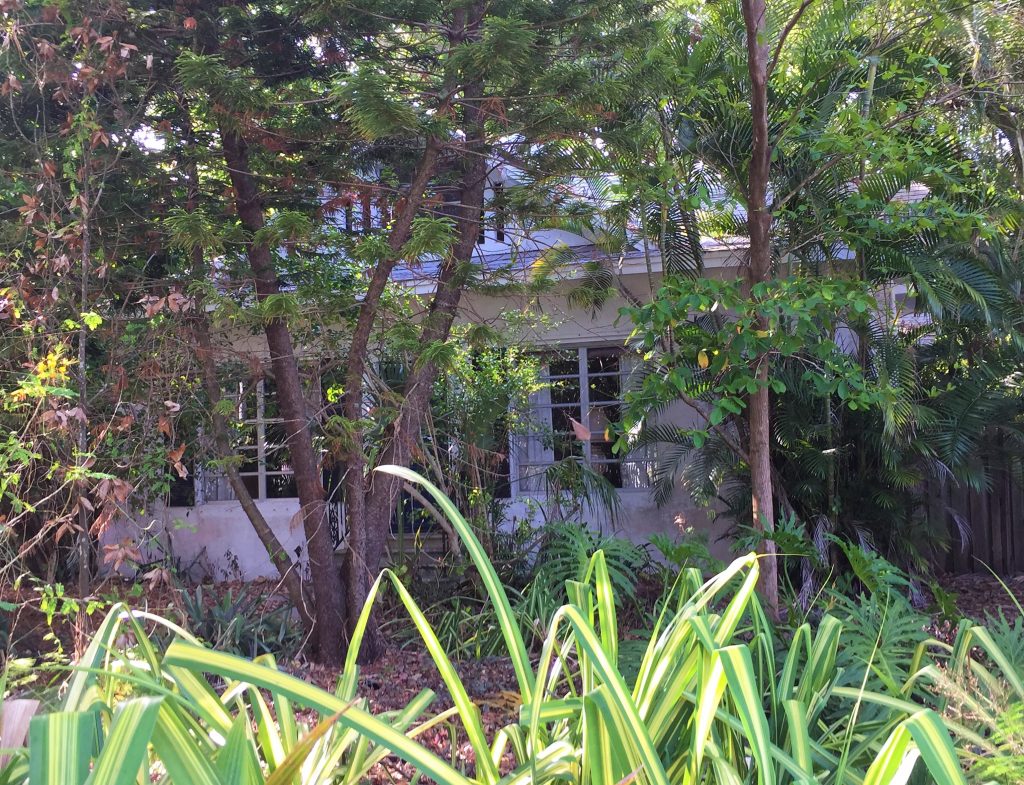 In the 1920’s, First Street was known as “Millionaire’s Row,” and many Fort Myers businessmen and professionals constructed homes along with palm-lined thoroughfare.  The once-elegant house at this address was constructed in 1925 for Fort Myers real estate developer Richard (“Dick”) W. Boyd and his wife, Bessie Thorp Boyd, who occupied this home until 1936.

In its heyday, this home had an open front porch, supported by five substantial square columns, that extended across the front of the home.  A large gable for the upstairs was centered over the front porch, and fern-filled stone planters stood on either side of the front porch stairs.  Today, the gable remains, but the porch has enclosed with jalousie windows, and the house is surrounded by dense plantings and cannot easily be seen from First Street.  The current owners of the Boyd house also own three adjacent parcels, which are now vacant.

Mr. Boyd, a native of Tennessee, came to Fort Myers in 1923.  In March of that year, he purchased the lot from Dean Development Company for $2,500, subject to a deed restriction that any house built on the property cost at least $4,000.  He also purchased a fruit grove in Tice and became an officer of the San Carlos Corporation, which developed property in Fort Myers Beach during the 1920’s real estate boom.  By 1930, he was Vice President of the Fort Myers Building & Loan Association.  He was also very active in civic affairs, serving on the Board of the Lee Memorial Hospital and as president of the Kiwanis Club when it sponsored the spring training visits of the Philadelphia Athletics in Fort Myers.

Mrs. Boyd was a life-long resident of Fort Myers and the daughter of early settler Lewis Green Thorp, who purchased 187.5 acres of land in Fort Myers in 1882 under the Florida land grant program.  Mr. Thorp, originally from New York, first brought his family to Key West – then the Monroe County seat and the usual port of entry for southwest Florida in the late 1800’s – and then settled in Fort Myers.  After Mr. Thorp’s death in 1897, Mrs. Thorp ran a boarding house on Lee Street.