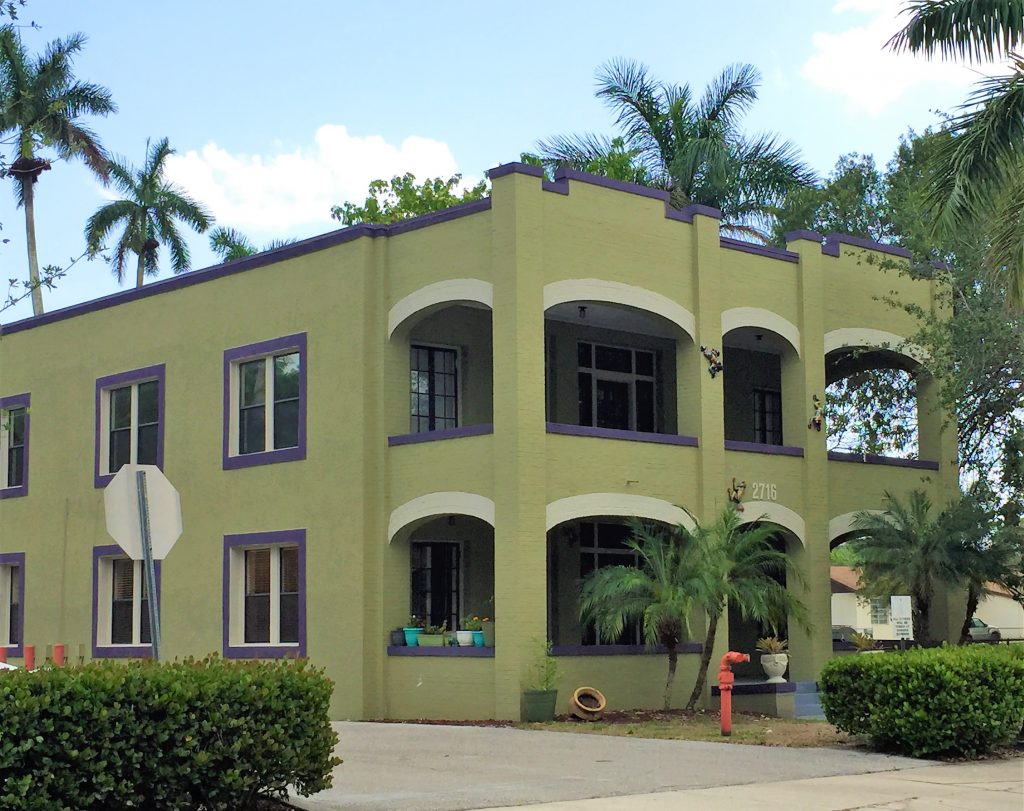 Like all parcels in Dean Park on the southerly side of Michigan Avenue, this parcel was purchased by The Carl F. Roberts Company in 1913, who purchased 46 lots in Evans Addition for a total price of $6,000.  On April 10, 1924, nine of these lots, including this property, were purchased by John M. Dean, then transferred to the Fort Myers Realty Company, then sold to Judge Frank A. Whitney for $6,000 on August 1, 1924.

By 1926, the Whitney Apartments were completed and Judge Whitney and his wife, Mamie, moved right in and remained there the rest of his life.  Judge Whitney was born in Kansas in 1869.  His family moved to Alachua County, Florida, when he was just two years old.  But he headed north for college at the University of Chicago and law school at Northwestern University.  He and his wife Mamie, whom he met in Chicago, moved to Arcadia, Florida, where he practiced law, and then to Lakeland, Florida, where he became a circuit court judge.  In 1922, Judge Whitney and his wife moved to Fort Myers, where he became active in Democratic politics and then served as mayor from 1933 to 1935.  Among the “hot” issues Mr. Whitney tacked as mayor:  whether the Australian pines originally planted along Dean Park streets should be removed because their interference with radio signals.

After Mamie died in 1932, he married a family friend almost 20 years his junior, Louise Eggert of Chicago.  After Judge Whitney’s death in 1951, Louise resided in the Whitney Apartments until her death in 1959.