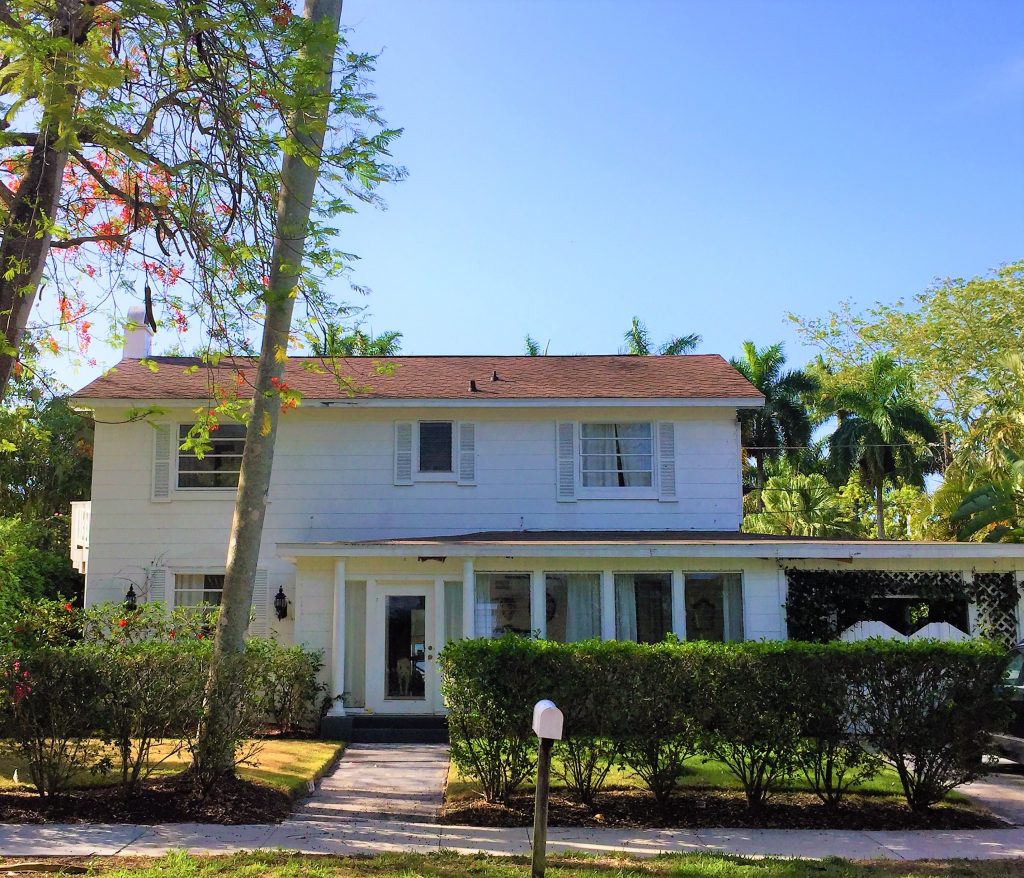 This two-story traditional home was completed in 1926 for Dr. William H. Grace, his wife Annie Lee Grace, and their three children.  The Grace family lived here until they moved to 71 First Street in 1934.

Dr. Grace was one of nine children who grew up in Jackson County, Florida.  He first was a physician in general practice in Chipley, Florida, as shown in the 1920 census.  On September 29, 1925, he purchased this lot for $4,000 from Ralph and Christine Sauer, who had purchased the parcel in 1922 from Dean Development Company.

When Dr. Grace passed away in 1961, the News-Press mentioned that he was survived by his wife and three children, two of whom were also physicians, Dr. W. Walter Grace and Dr. Angus D. Grace.

See the “Photos” page of this website to see a picture of the rear of this home after the devastation caused by the Hurricane of 1926, which toppled most of the Australian pines that previously lined the streets of Dean Park.