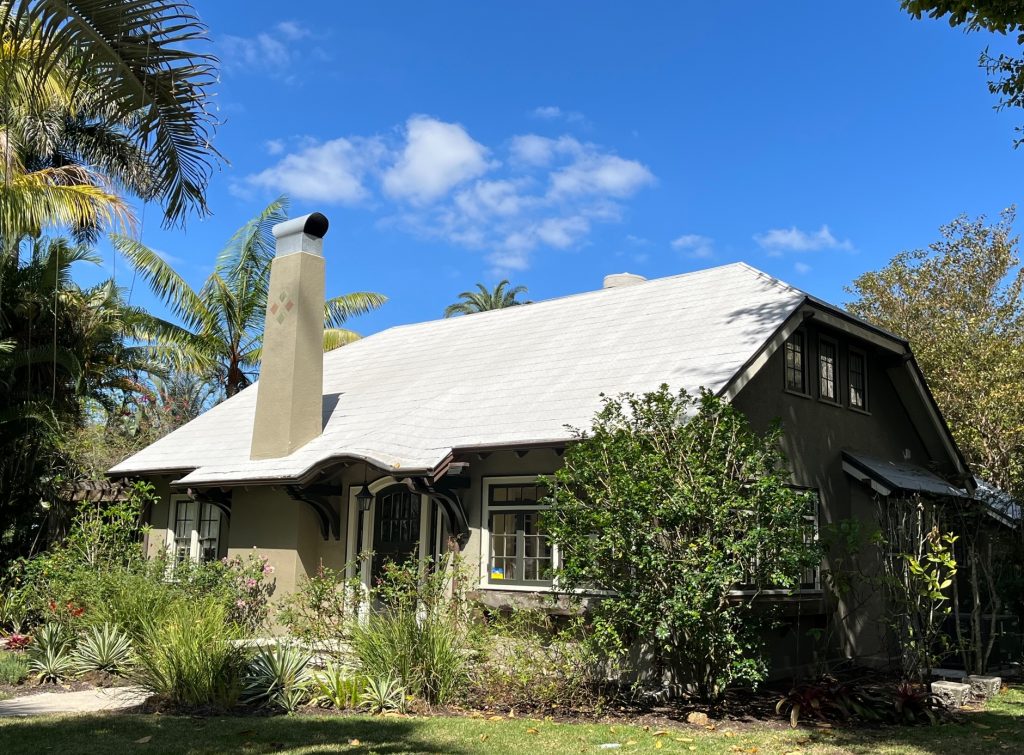 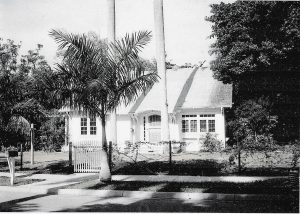 Comfortably centered on three lots, the Robb home is in the Arts and Crafts style, with an “eyebrow” roof over the front door reminiscent of English cottages.  A high-pitched metal roof and imposing front chimney hint at the large interior spaces.  The large living room opens into a sunroom on the right where Virgil Robb cultivated his well-known collection of orchids.  High ceilings and heart pine floors are found throughout the house.

On the Cranford Avenue side of the house, garden trellises, supported by massive columns, overlook an outdoor patio.  There are several outbuildings of interest, including a cistern along the rear alley.

Virgil Robb was co-owner of the Robb & Stucky furniture company in Fort Myers, and his skills as an interior decorator were sought after by wealthy homeowners as far away as Maine.  Robb also served on the City Council for numerous years and was mayor of Fort Myers in 1921-22.  He was also instrumental in securing funding for the new Lee Memorial Hospital.

Mr. Robb was born in 1889 in Mays Lick, a small unincorporated community on the northern Kentucky border.  He came to Fort Myers in 1912 to take a position as a clerk in the post office.  In 1915, at age 26, Mr. Robb and W.R. Lee organized the Lee & Robb Furniture Company and opened a store on Main Street.  In 1916, he married Ellen Fitzgerald Shankin, also of Mays Lick, Kentucky.

In 1925, he and his new business partner, Harry C. Stucky, opened their store in a new building on Hendry Street.  Mrs. Robb was active in Fort Myers community affairs and was a founding member of the Southwest Florida Historical Society and a member of the Library Board, among other things.  Mr. Robb died in 1964 at age 74, and Mrs. Robb continued to live at the house until her death in 1970 at age 81.