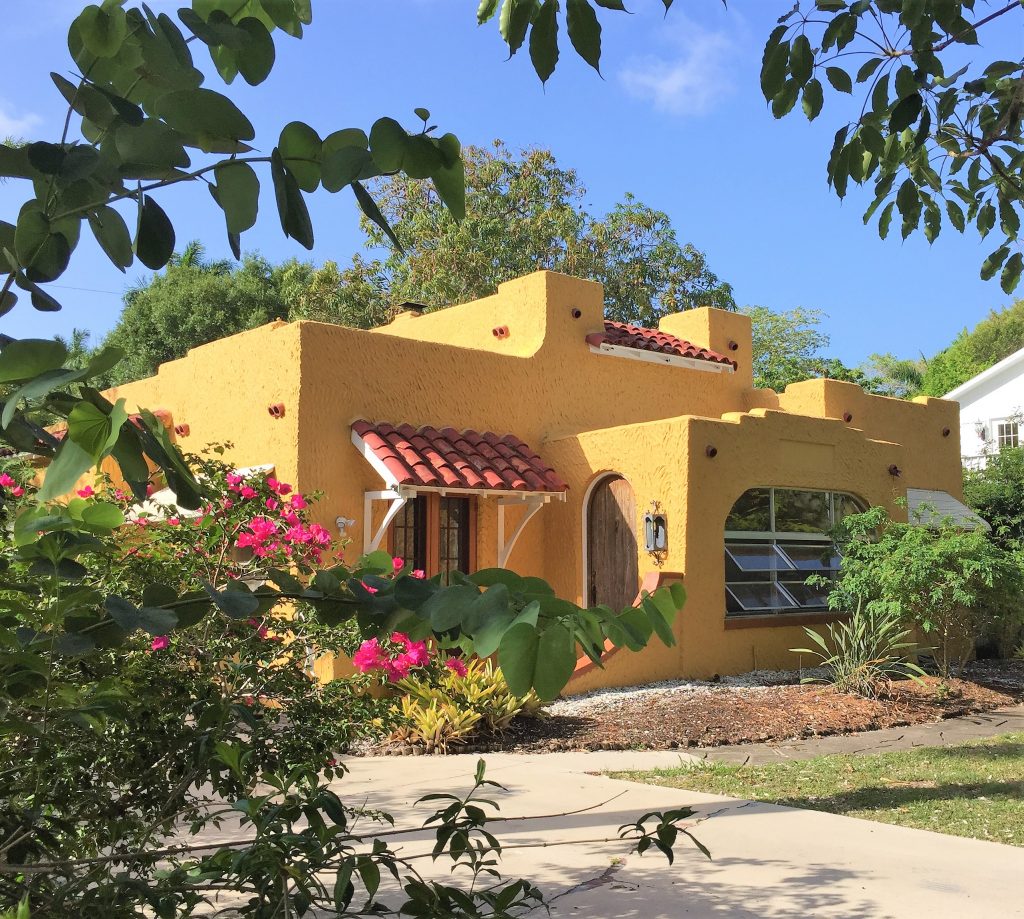 This Spanish revival style home is almost identical in design to the house at 2716 Providence Street.  Its asymmetrical design is dominated by a projected porch, and its entry court includes a low, curvilinear wall.  The house has mission-inspired, multi-level flat roofs with parapet walls of varying heights.  It features terra cotta, barrel-tile shed roofs over bay windows and entryways.

On January 22, 1924, Dean Development Company sold this parcel to H.H. Johnson and Mary M. Johnson of Lee County for $1,500, subject to a restriction that a house costing at least $4,000 be built there.  On June 16, 1925, the Johnsons sold the parcels to Henry P. Sicks and Ora Sicks, two brothers who invested in several Dean Park properties, and granted the Sicks brothers two mortgages ($4,500 and $2,720 respectively) to fund construction of a house on the property.

On March 8, 1929, the Sicks sold the property and its newly constructed Spanish revival home to an Illinois couple, Reynolds and Irene Vredenburgh, who assumed the two mortgages on the property.  Unhappily, Mrs. Vredenburgh had divorced and remarried by 1936, when she sold the property on December 22, 1936, to C.W. DeWitt, who gave his address on the deed as the Friars Club in New York City.  Mr. DeWitt “flipped” the house a few days later by selling it on December 29, 1936, to Henry A. Waite and Kathryn L. Waite, who owned this home until 1950.