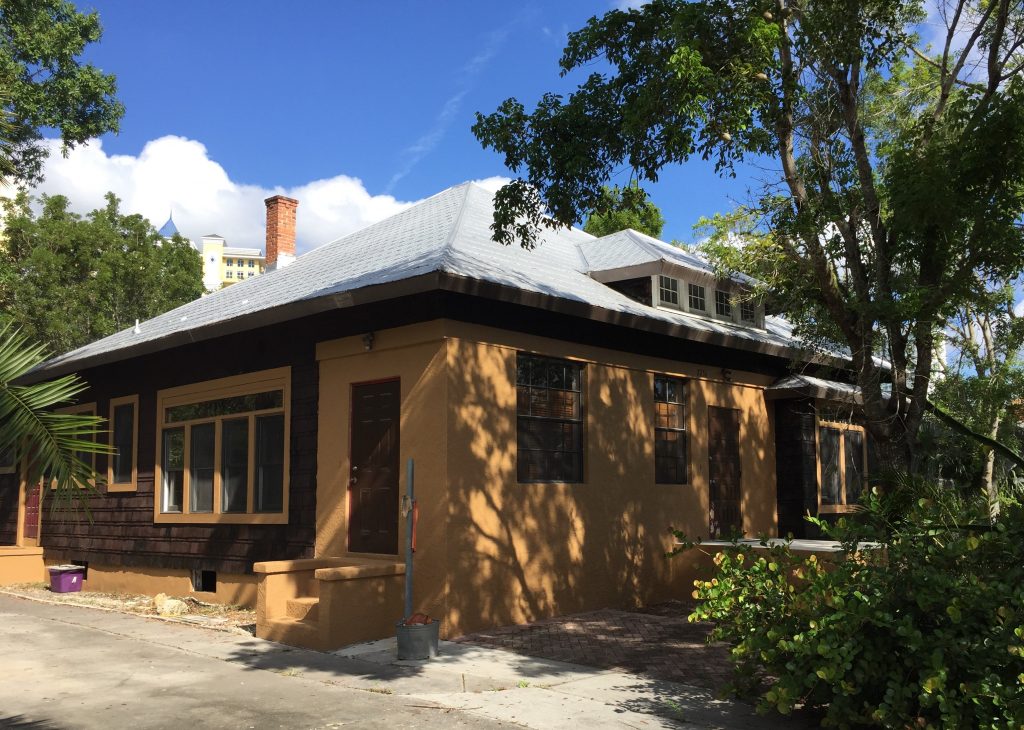 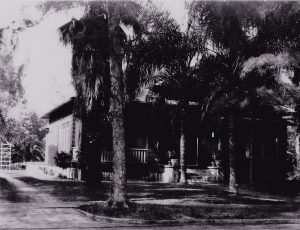 This one-story bungalow is among the earliest homes to be constructed in Dean Park.  Some of the home’s original features include a pressed tin roof and the front roof gable with four small adjacent windows.  Other aspects of the house have been extensively remodeled over the years:  the original porch (8 feet deep) on the left side of the house has been enclosed and now has stucco siding, the centered front door has been shifted to the side of the house, and original windows have been replaced with more modern windows.

Prof. Jones and his wife, Bessie, had come to Fort Myers from Homestead, Pennsylvania, where the couple had met and married in 1899.  Prof. Jones, whose family had immigrated from Wales in 1892, was a music teacher.  Upon arriving in Fort Myers, he taught music first from his office in the Earnhardt Building and then at Edison Park School.  He was also a key participant and organizer of numerous concerts and events In Fort Myers throughout his life here and, for example, the director of the Fort Myers Society Orchestra when it launched the 1922 winter season by playing at the Bradford Hotel on New Year’s Day.

Prof. Jones occupied this house at 2751 Rhode Island until his death in 1953.  His first wife, Bessie, had died in 1944 after the couple had been married 45 years.  The next year, Prof. Jones married Isabelle Wagus, who also came from Homestead, Pennsylvania.  The second Mrs. Jones continued to live in this house until she sold it 1973.