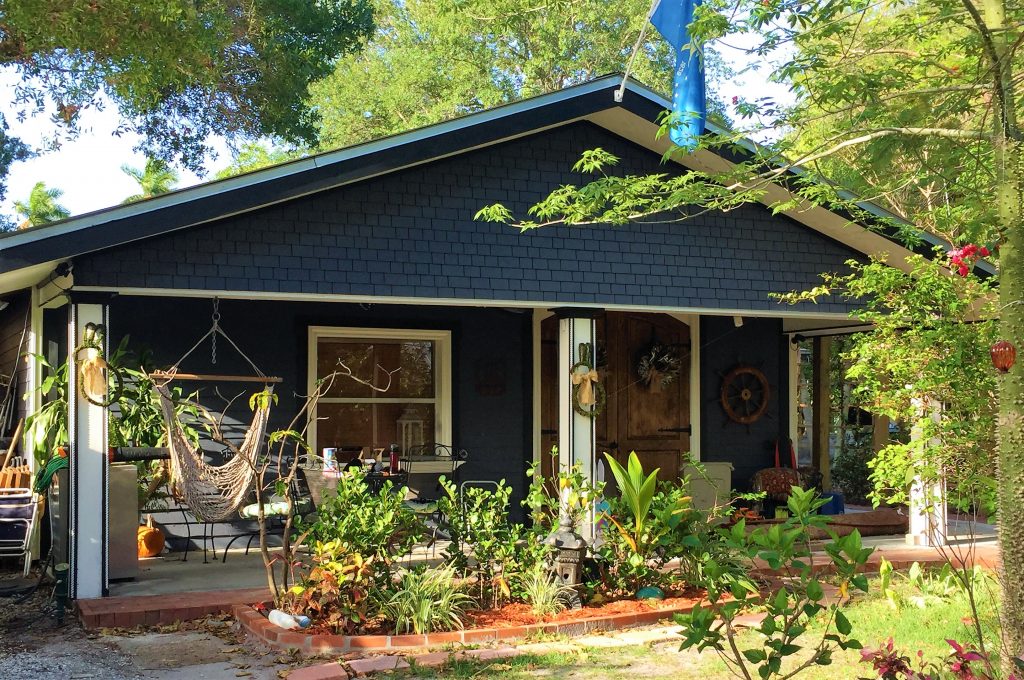 The ranch home on this parcel was constructed by E. Clifford Crays and Lillian Crays of Cleveland, Ohio.  The Crays purchased this double-lot parcel in November 1953 as a site for their second home.  Mr. Crays was 67 at the time and had worked as assistant manager of an Ohio department store (1920 census) and as a dry goods merchant (1930 census).  After his retirement, the Crays continued to be Ohio residents, but enjoyed spending winters at this home until 1965, when they sold it to Ervin and Pauline Kinney.  In 1977, Mr. Crays passed away in Ohio at age 91.