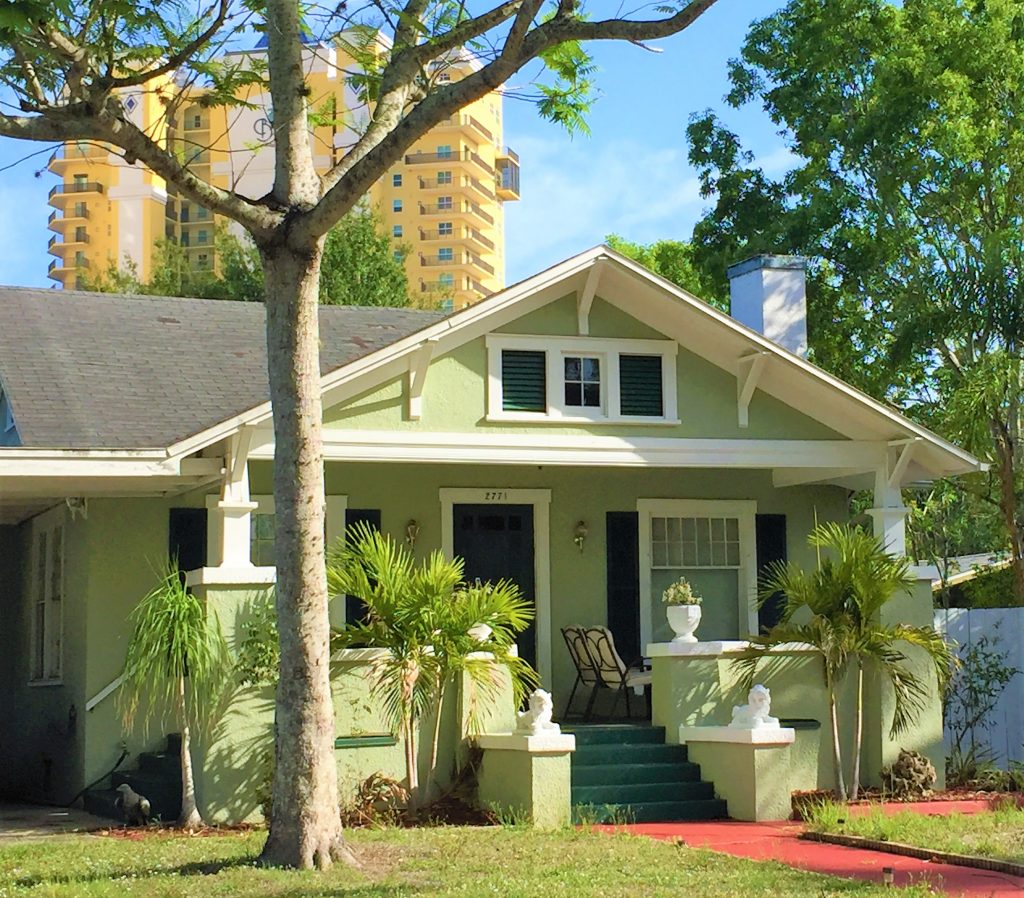 This bungalow was constructed by John Dean’s construction company, United Construction Company.  Its classic Craftsman style includes tapered pediments at each corner of the front porch.

Although the City’s tax records state this home was built in 1915, it is more likely that the home was constructed shortly after December 1, 1920, when John Dean’s Dean Development Corporation transferred the property to his construction company, United Construction Company – a step that Dean customarily took when he intended to construct a house on the parcel.  The 1921 Fort Myers city directory does not show this house to be in existence in that year, and the dwelling appears for the first time on the 1922 Sanborn Insurance Company map.  The 1923 Fort Myers city directory shows that “MM Milford” lives at this address (then 1141 Rhode Island Avenue).

On May 8, 1924, United Construction formally sold the home to Morton M. Milford for $8,500. Mr. Milford and his wife, Florence M. Milford, of Dade County.  The Milfords owned the home for another eleven months, then sold it on February 2, 1925, to Bard L. Hendry and Mary B. Hendry, who lived there until 1929.

Bard L. Hendry, Sr. (1876-1946) was the grandson of Francis A. Hendry (1833-1917) a cattleman and one of the first settlers of Fort Myers.  According to a story in the News-Press, Bard and his brother bought $40,000 of cattle using funds loaned from their father, James E. Hendry (1854-1915).  The two brothers raised and sold the cattle, repaid their father, then bought a drug store business in Fort Myers – all before they were old enough to vote.  Bard’s later business career included a real estate development business, the Bard L. Henry Organization, Hendry Machine & Engineering Company, and The Bard L. Hendry Marine Ways and Machine Shop.  By 1940, Bard and Mary had retired to Fort Myers Beach.