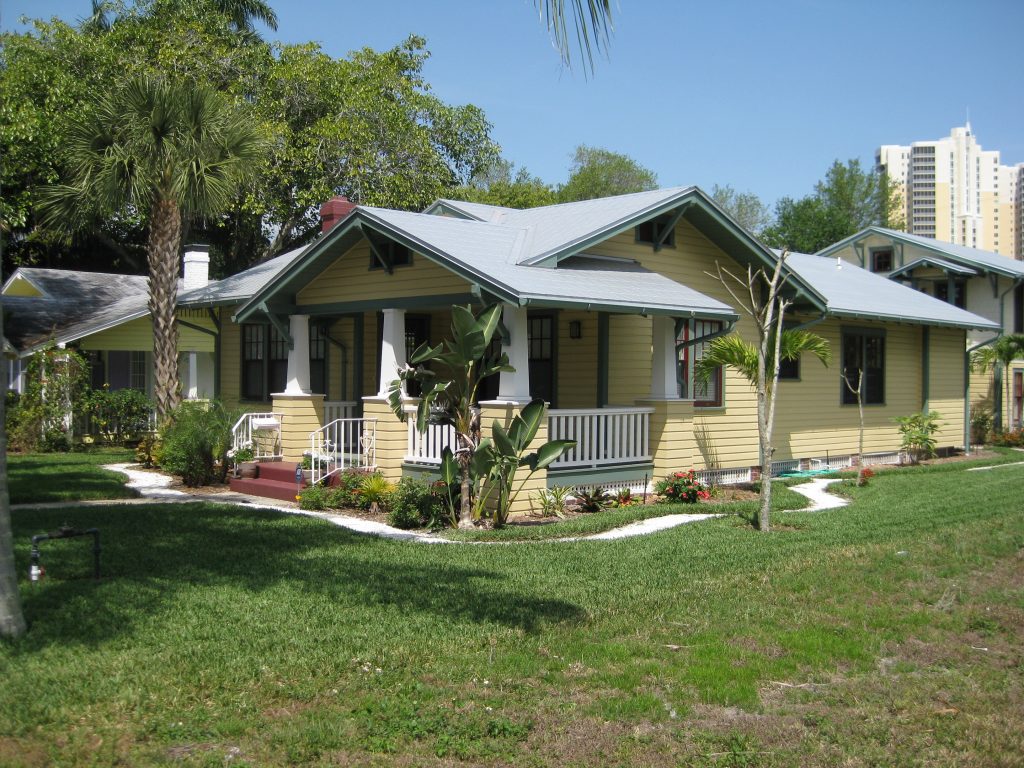 This is one of at least six bungalows constructed in Dean Park by Fort Myers developer Henry C. Case.  This bungalow, with its wrap-around porch, tapered porch columns and “eyebrow” window in the roof, is a particularly fine example of the Craftsman style.

Mr. Hunt and his wife, Emma Albers Hunt, were both natives of Tennessee.  James was born in 1880 and well into his career as a civil engineer when he arrived in Fort Myers in the early 1920’s to undertake the engineering work related to the construction of the Atlantic Coast Line Railroad.  His specific responsibility for engineering the roadway between Fort Myers and Naples, which coincidentally crosses Michigan Avenue near his home.

Mr. and Mrs. Hunt did not remain in Fort Myers long.  They sold this home in December 1925, and Mr. Hunt’s career as a civil engineer took him to several number of cities:  Jacksonville, Knoxville, Kansas City and Washington, D.C.   It included 22 years in the Army Corps of Engineers and 15 years working on river and harbor projects in the Washington area.    He served in World War I and was drafted at age 62 to serve in the U.S. Engineering Department during World War II.

After Mr. Hunt retired in 1951, the Hunts returned to Fort Myers.  However, he soon came out of retirement and served as a consultant on several Lee County water control projects.  Mrs. Hunt – nicknamed “Snappy” – was a bridge player and gardener of note, with her exploits in both fields extensively covered by the News-Press.  Mr. Hunt died in Fort Myers in 1965 at age 85.  Mrs. Hunt returned to her native Knoxville and died there in 1973 at age 87.